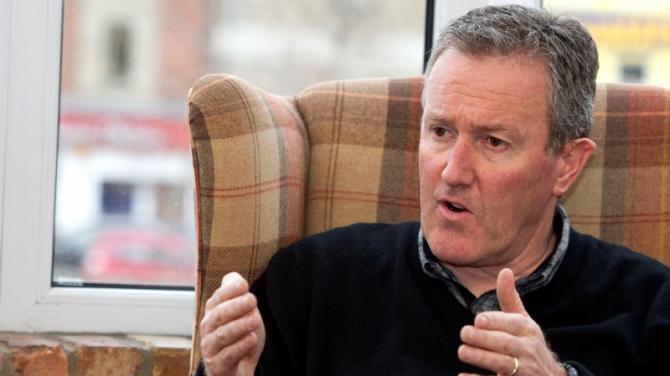 The Sinn Fein representative described council motions such as this as an “attempt to rewrite the history of brutality and repression created by partition”.

However, the DUP's group leader on MEABC, Alderman Gregg McKeen, said that Sinn Fein was using his party's motion as a tool to “crank up sectarian divisions”.

Mr Murphy stated that the proposed motion was “typical of unionist dominated councils” as other perspectives are ignored or treated with contempt.

“Nationalists were left in absolutely no doubt that they were neither wanted nor valued in the new state that we are now being asked to celebrate,” stated Mr Murphy.

“We are still dealing with the legacy of that today. This is not historic. Half a century of unionist misrule institutionalised structural and regional inequalities that will take generations to reverse.

“The arrogance and misrule that characterised the post-partition Unionist government is alive and well in the ongoing denial of rights to some citizens and visible in motions like this brought before unionist dominated councils.

“Sinn Fein’s primary objective is the ending of partition. For Irish nationalists and republicans there is nothing to celebrate in the creation of the Orange state.”

He added that the centenary of Northern Ireland must also be used as a reflection and commemoration of significant events such as the Second World War, the Blitz and the Troubles.

“I am sure there are will be some who will not favour or support this Notice of Motion for us as a council marking this very significant milestone, but this is all about being inclusive and having something that can showcases us a Borough within Northern Ireland,” he continued.

“It is not surprising to see Sinn Fein using this as a way to continue cranking up sectarian divisions.

“They cannot bring themselves to recognising the positives of Northern Ireland and our continued part of the United Kingdom.”

The motion went before a MEABC meeting last night (Monday).