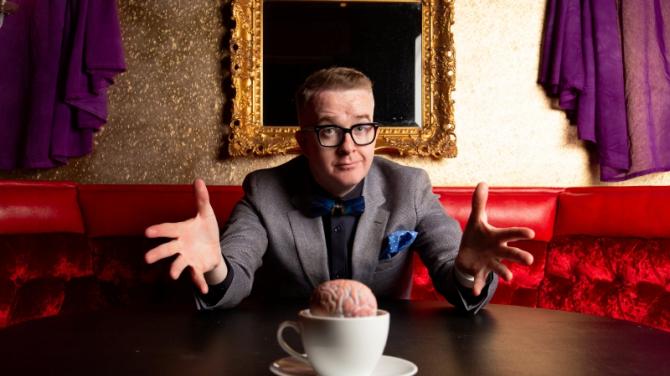 FROM Rathfriland to LA – TV mind reader and mentalist David Meade, is a well-established speaker and trainer who has wowed CEO’s in Apple, Harvard, Facebook and companies across the world.

Now he’s hoping to charm local audiences as he stages two Newry shows in the Town Hall on February 22, and April 26.

Brainman, is part of a brand new national tour, one of Meade’s largest NI tour schedules to date with 20 shows in cities across Ireland, from January 4, through to April 13.

“Newry has been a recent addition to the tour and we’ve been really well received in our shows in the last two years,” said David.

“As a former St Colman’s student and spending my youth in the city, I love playing to the home crowd.

“It’s such a unique experience, I love the banter that only Newry people get – playing to Newry is amazing!”

Originally from Rathfriland, David’s more likely to be found waiting in an airport lounge than in Northern Ireland, as he delivers keynote speeches to conferences and business events across the world – most recently returning from Dubai and Orlando.

“Every year the tour is completely new material,” he continued.

“Writing a show every year drives me to try new ideas in mindreading with lots of fun fresh material to engage with audiences – so far it’s shaping up to be hilarious and I can’t wait.

“I hope people come out and support it.”

The tour itself is one of Northern Ireland’s most successful touring shows, EVER – with every venue sold out during the 2018 dates.