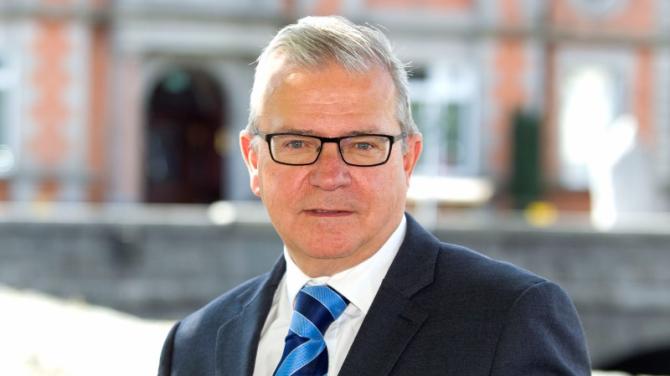 BUSINESSES in the Greater Newry area are still yearning for certainty over Brexit - and are dead against any hard border.

That’s according to the Chief Executive of Newry Chamber of Commerce and Trade, Colm Shannon.

Speaking to the Newry Democrat about the current Brexit impasse, Mr Shannon said: “Businesses in the Newry area wanted to stay in the EU.

“We saw the Withdrawal Agreement and the backstop as the next best option as it provided assurances against a hard border.

“After two and a half years, businesses need certainty and we need clear decisions if they are to plan and invest in the future. It must be a future without a hard border.”

The current impasse is also causing concern for Clare Guinness.

We asked the Warrenpoint Port CEO about their preparations for post-Brexit operations.

“Given our position, equidistant between Belfast and Dublin, and as Northern Ireland’s second biggest port, the lack of progress in Brexit negotiations is of great concern,” she said.

“The economic interests of the region will best be served by avoiding ‘no deal’ and permitting continued unfettered access to both the Great Britain and Republic of Ireland markets.

“The introduction of tariffs or checks will hamper the Port’s activities and have a detrimental impact on the economy. We hope that swift progress will be made in the coming week to deliver an orderly Brexit.”