Wells 'on wrong side of history' 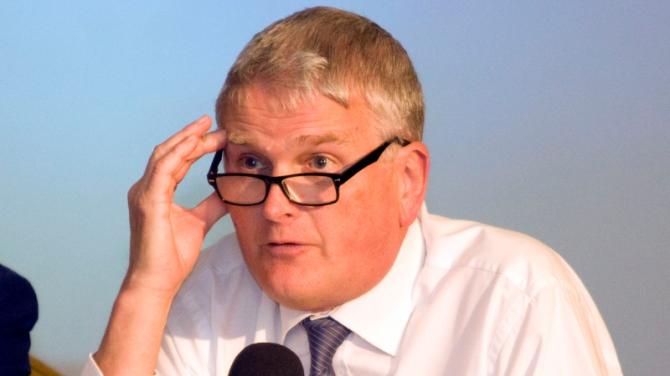 NEWRY Rainbow Community (NRC) has said that South Down MLA Jim Wells is “on the wrong side of history” following his condemnation of the group being awarded £60,000 by the council.

The money is to be used to help fund UK and Ireland Pride, which is set to be held in Newry on August 31. The city was given the honour of hosting the event in October, backed by NRC, Newry BID and Newry, Mourne and Down District Council.

The funding will support the planning and delivery of the UK and Ireland Pride Festival.

Speaking to The Newry Democrat, the chair of NRC, Rory Rafferty, explained that Newry has been given a once in a lifetime opportunity to showcase the city on the world stage as WorldPride in New York, EuroPride in Vienna and UK and Ireland Pride in Newry, will mark 50 years since the Stonewall riots in Manhattan.

The host cities of the three Pride events led Mr Rafferty to ask, “where have you ever heard of a line up like that before?”

“This is promoting Newry on a global stage the likes of which has never been seen before and will probably never be seen again,” he added.

However, the DUP's Jim Wells stated that the Newry event is aimed at attracting “gay activists” from across Northern Ireland and further afield.

Mr Wells added that in the Newry, Mourne and Down district, there were 1,003 marriages and nine civil partnership ceremonies in 2018 - “confirming” that less than 1% define themselves as LGBT.

“Many ratepayers will be concerned to see their council spending such a large amount of money on a programme of events for a tiny minority of the community,” he continued.

Responding to those figures, Mr Rafferty was quick to point out that Newry Pride has generated £5million for the economy and tourism sector since its inception.

He added that Newry Pride attracts around 12,000 people every year but with the added boost of hosting UK and Ireland Pride, that figure could reach 60,000 in 2019.

“Our festivals are considerably more successful than even council festivals and the figures will show that,” said Mr Rafferty.

“The bottom line is that our festival is a festival for everyone. This is a one off opportunity for Newry, and the UK and Ireland Pride event coming to Newry, Mourne and Down is a huge deal.”

Mr Wells also expressed concern that the council will not “provide a single penny of grant aid” to Orange Order parades in the district, even though the organisation represents “far more” people than NRC.

“DUP councillors have fought tooth and nail to get £12,000 awarded for the promotion of unionist cultural events in the district and Sinn Fein even tried to prevent this small level of funding,” he said.

“How can the council stand over providing at least five times more grant aid to LGBT events?”

Concluding, Mr Rafferty said the DUP have long given Northern Ireland a bad reputation and described the country's legal protection for the LGBT community as “embarrassing”.

“We are the only place in western Europe, apart from Vatican City, without legal protection for LGBT people,” he said. “That's embarrassing.

“We have to explain to people around the world that there are those who want to hold us and our country back but we're fighting to overcome them and we will overcome them.

“Jim Wells and his friends are in the minority in terms of their views and they're certainly on the wrong side of history.”