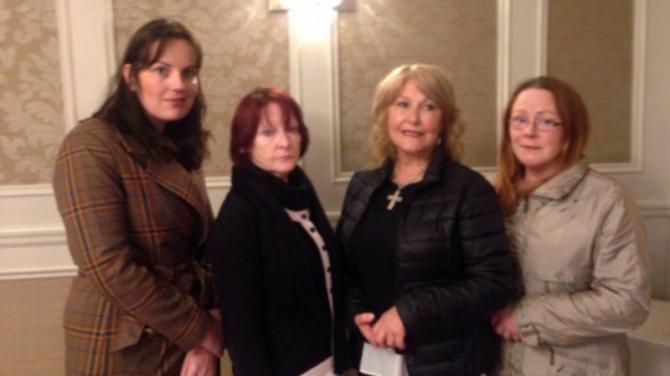 SHE asks me repeatedly not to use her name. In fact, she makes me promise not to print it.

I assure her that I will not, and as I listen to her I understand why.

I understand, but what I feel as her story unfolds makes me angry, and frustrated at how a child can end up being treated so dismally, of how her life can be so maimed and wasted.

She is now aged in her 30s, and was sexually abused by someone outside her family when she was 11-years-old.

Diagnosed as what she terms “a bold child”, she was in the care system between the ages of 11 and 16, and was moved around that system 52 times in that period.

Social workers didn't believe her when she told them what had happened to her. Neither did the nuns who ran the various homes she was shunted around, as a blameless child.

She now finds herself in the agonising position of waiting on her two abusers to visit this country from abroad so that they can be questioned by the police.

In the meantime, she finds herself talking to a reporter in a quiet corner of the Canal Court hotel, in advance of going into a public information event hosted by The Executive Office (TEO).

The event is part of a consultation process on proposed legislation to implement the proposals in the Hart report into historical institutional abuse.

She is an engaging, well-dressed woman, but nervous too – her nails bitten down to the quick.

“My life has been one big, long battle with the system,” she tells me.

“I am basically uneducated, I've had life education but nothing proper.

“It's been absolutely horrendous to know that you are fired out there and nobody cares about you. You live day-to-day, moment-to-moment. The mental health problems that people suffer from are horrendous.

“I have children, and my children are actually quite young, and I'm struggling to do my youngest one's P1 homework. And that shouldn't be a struggle for me.

“You do have suicidal thoughts, that you're better off out of it, because of having to fight for help day in, day out. For me to go to a doctor and ask for counselling – I'm put on a counselling list for months. I need counselling now.”

And this, along with the law to catch up with her abusers, is what she is here for. The standard amount of compensation recommended for abuse survivors in the Hart report is £7,500, with the proposed Redress Board also being able to award an additional £72,500.

But the specialist care that has been recommended is so important. Men and women like this fragile lady have lived, and are still living lives that most of us don't want to imagine. They need help immediately. They needed it years ago.

Not that she is holding her breath. She describes events like these as “box-ticking exercises.” In the absence of a functioning government, it is like shouting into the wind.

“The TEO have basically been forced to do it,” she insisted.

“They are only doing it because they have to. They are being forced by a court to do it.”