Carr in call for calm over nuclear 'social media frenzy' 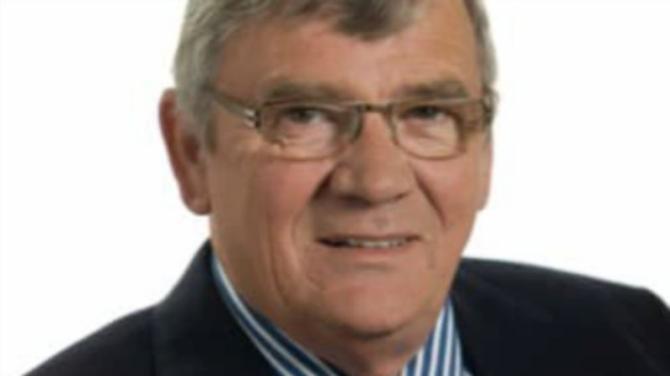 COUNCILLOR Michael Carr has called for calm after what he called a “social media frenzy”.

It followed last week’s unanimous council motion which ensures there will never be a geological disposal facility (GDF) in this area.

However, he said that while the massive registered opposition to GDF ever being located in this area is very welcome, “the misinformation and conspiracy theories included in the rhetoric do our cause or our district no favours”.

Cllr Carr continued: “Having replied to emails from very concerned individuals from within our district and much further afield over the past week, I would like to challenge some of the myths being spread since council passed its unanimous GDF motion.

“Primarily there have been two major allegations made and repeated over and over: that the Council have known about this for almost a year and have chosen not to share it with the public; [and] that the reasons for the building of the Southern Relief Road and the expansion of Warrenpoint Port have far more to do with facilitating the dumping of nuclear waste in our beautiful mountains rather than to bring significant economic benefits to the people of Newry.”

Cllr Carr said it was “simply untrue” that the council did not share this with the public and that he personally released statements to the local press as well as conducting radio interviews.

He added that Newry, Mourne and Down District Council then replied to the consultation in March, “which is a matter of public record”.

He said: “The purpose of the consultation, was to seek views on how communities should be engaged and represented in a consent-based decision-making process.

“It was not a consultation on proposals to site a GDF in Northern Ireland. There were also a number of submissions to the consultation from local groups and individuals, so there was no secrecy.

“The Southern Relief Road (SRR) originated in the Newry Greater Vision document produced by business people across our district. As Mayor I had the pleasure of launching it in September 2006. The road is an infrastructural project that will open up the whole of South Down, it will relieve congestion in Newry and most importantly will improve the air quality in Newry which is dangerous and among the highest in NI.

“I understand that some people may disagree completely with the SRR, and they have every right to have their concerns on environment, habitat and landscape heard. I have stood with many opposition groups in the past. But they do not have the right to rubbish or create conspiracy theories to further their cause.

“I have also served on WHA, and the acquisition of the Gilbert Ash site giving the port an opportunity to expand came many years later and the two are certainly not connected. Dredging of the channel in the lough has been happening from the year dot.

“Be assured this is not a mysterious plot for GDF, more about protecting the jobs of hundreds of people.”

The rumours on social media could end up threatening tourism to this area, he stated.

“International Tourism is starting to rise and we are beginning to reap the rewards. It is not our council who spend millions annually promoting our district that is the threat, but the individuals across social media who spread such negativity about our area globally,” said Cllr Carr.

“Some recently established groups do some excellent work in our community and help promote protection of our environment, and then by spreading this propaganda and scaremongering they do themselves and their reputation untold damage.”

The motion passed at council was unanimously supported by all parties, and states: “Newry, Mourne and Down District Council does not consent, and never will consent to hosting a Geological Disposal Facility in our council area or any part of Northern Ireland.”

The Newry Democrat revealed last week that a spokesperson for Radioactive Waste Management said that the process to find a suitable site for dumping the nuclear waste requires community consent. Without this it won't happen in this area.

Cllr Carr concluded by calling on groups to be responsible. He said: “Continue your good work but be accurate with information and come to see that the council is not your enemy but your greatest ally.”