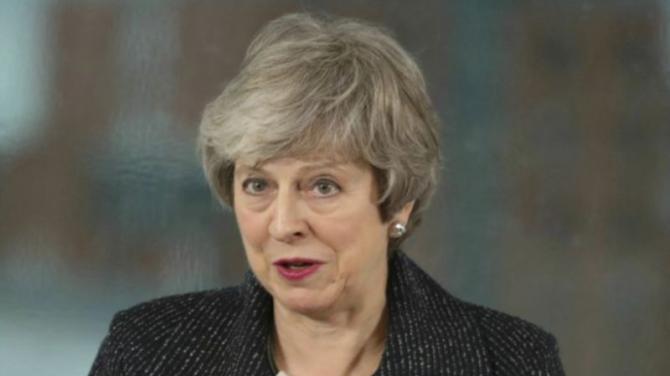 NEWRY Chamber of Commerce and Trade has expressed disappointment at being excluded from the Prime Minister’s visit to Northern Ireland.

The Chamber, which represents nearly 200 businesses in this area located just four miles from the future border with the EU, has been supportive of the Withdrawal Agreement and the Backstop.

Colm Shannon, Chief Executive of Newry Chamber, said the organisation was surprised and disappointed not to have been invited to meet Theresa May as a strong representative voice of border business.

“At our board meeting, the board was extremely disappointed that the Chamber which represents many border businesses, large and small, had not been invited to meet the PM on her visit to Northern Ireland,” said Mr Shannon.

“It will be businesses in the border that will be impacted most and it is unacceptable that the PM didn’t take the opportunity to listened to the concerns of border businesses.

“When the PM needed the support of businesses in Northern Ireland, Newry Chamber of Commerce and Trade met with her in Downing Street to lend our support.

“As a Chamber we have a strong voice and we will continue to argue strongly for our members to prevent a hard border. An open border is essential for our local businesses and there is a real fear we are heading for a no deal.

“We expect the Prime Minister to honour her commitment and deliver a deal which avoids a hard border.”

The Newry Democrat put Mr Shannon's comments to the Prime Minister's press office. We also asked why Mrs May had not visited this area, given that a number of government ministers – including her de facto deputy, Cabinet Office minister David Lidington, had.

We also put it to them that a number of businesspeople in this area had told this newspaper that the Government was paying little more than lip-service to firms in Newry.

A statement from a Number 10 spokesperson failed to answer any of our questions.

“As the Chamber has said, she met them on a visit to Downing Street in November and other UK Government ministers have visited Newry in recent months.

“The Prime Minister made clear in her speech that her commitment to delivering a Brexit that ensures no return to a hard border between Northern Ireland and Ireland was unshakeable.”