'No plans' to site nuclear waste facility in district 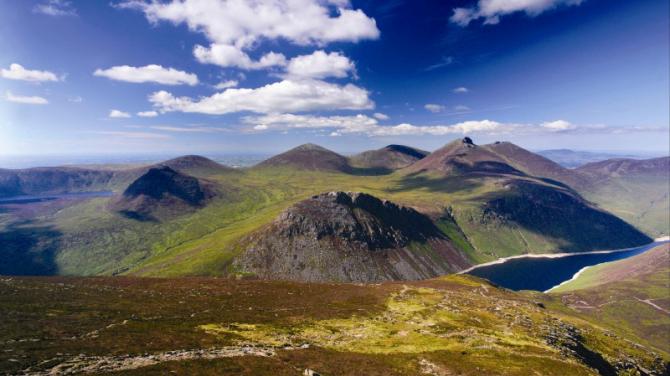 IT has been confirmed to The Newry Democrat that there are “no plans” to site a nuclear waste disposal facility in Northern Ireland.

It emerged two weeks ago that Radioactive Waste Management (RWM), a subsidiary of the Nuclear Decommissioning Authority – tasked by the British Government with the safe and efficient clean-up of Britain's civil nuclear legacy – had identified areas around Newry where a Geological Disposal Facility (GDF) could possibly be located.

This was actually identified in a National Geological Screening report published by RWM last December.

However, when contacted by the Democrat, RWM confirmed that such a siting could not take place without the say so of Stormont, and without the consent of a “willing community.”

The issue prompted Newry, Mourne and Down District Council to pass a motion which stipulated that the council would “never” consent to GDF being located in this area.

The very possibility of this area becoming a dumping ground for nuclear waste has prompted a social media outcry, and accusations being levelled against the council that it has known about the possibility for some time.

This led to Crotlieve SDLP councillor Michael Carr, a former Irish Co-Chair of Nuclear Free Local Authorities for 14 years, to condemn what he called a “social media frenzy.”

Cllr Carr also defended the council against allegations that it had kept the public in the dark on this issue for a year, outlining that the council had responded to a consultation last March.

Cllr Carr said: “The purpose of the consultation was to seek views on how communities should be engaged and represented in a consent-based decision-making process.

“It was not a consultation on proposals to site a GDF in Northern Ireland. There were also a number of submissions to the consultation from local groups and individuals, so there was no secrecy.”

The Democrat contacted RWM for further clarification in the matter, and they directed us to the Department of Agriculture, Environment and Rural Affairs (DAERA).

A spokesperson for DAERA said: “There are no plans to site a GDF in Northern Ireland. This screening report is purely a technical exercise. Any future policy decision on geological disposal in Northern Ireland would be a matter for the Executive, and subject to community agreement, and planning and environmental consents.”

Meanwhile, Ms Christine Gibson of the Environmental campaigning group, Keep it Green (KiG) took issue with the assertions of Cllr Carr that there was “misinformation and conspiracy theories” among some of the “rhetoric” being used by those opposed to a GDF.

“KiG has been sharing background information and news on the GDF plans of the UK Government since last April when the Consultation was live across the UK,” said Ms Gibson.

“Not one of our Councillors, MLAs nor our national media helped to create awareness of this extremely serious threat to our environment.

“The “frenzy” in our opinion, is totally justified and to undermine our concerns by referring to this very real threat as “misinformation” and as “conspiracy theories” when the majority of the public has only recently been made aware of this is blatantly ignoring his duty of care and candour to his constituents.