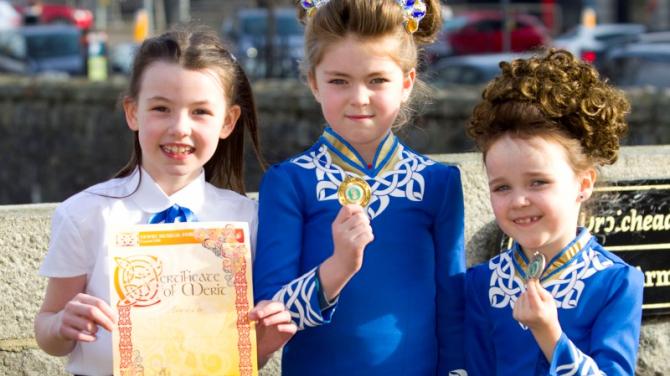 A PALLADIUM of talent was on display on Friday as Newry Musical Feis kicked off in the Town Hall and Sean Hollywood Arts Centre.

Now in its 91st year, the annual music, speech and drama extravaganza began it's 44-day run, and Feis PRO Roly Anketell spoke of his excitement and anticipation at uncovering some of the area's finest young prodigies.

“We had two girl violinists coming over from London for a couple of years purely to compete in the Feis.

“We have a lot of people coming from Dublin regularly and a lot from County Louth.”

Organist Roly said that the Feis transcends cultural and musical boundaries, adding that it never ceases to amaze him the continually high calibre of performances every year.

“I organise the organ competition and have been flat out doing that. Anybody who's anybody can enter it, as there's three classes in it.

“The standard has always been very, very high. Last year's winner, a young guy called Conor McGlone from Rostrevor, he was just unbelievable and he has gone on and accepted his organ scholarship in University College Oxford.

“We've had another guy who competed who's studying full-time at the Royal Irish Academy of Music in Dublin.

“Some of the moments we've had in the organ competition have been absolutely incredible.

“In fact, one of the people who won it a couple of years back is now organ scholar at King's College, Cambridge.”

Roly said that it is a source of pride amongst committee members that Newry Musical Feis is the largest amateur Feis of its kind in the English speaking world and that it's all made possible through the help of the many volunteers that chip in and offer their help.

“We're always looking for voluntary help and the work they provide is invaluable,” he said.

“It gives them an opportunity to show their musical talent at a far, far earlier age to a much wider audience, so it's absolutely invaluable.”

Reflecting on some of his favourite performances, Roly said: “A few years back Conor Masterson entered as a violinist and he's now studying music in England.

“He came onto stage for the Gala night and just walked onto stage, put the violin up and started play one the most famous Hungarian dances and the audience was completely blown away.

“Not a nerve in his body and he thoroughly enjoyed the experience.

“The family are from Poyntzpass direction and they're all absolutely brilliant musicians and they've all gone off to college in London and music college in Manchester. Conor's performance was absolutely electrifying.

“It's running from February 16 right through until the end of May, obviously there'll be some breaks in between,” Roly added.