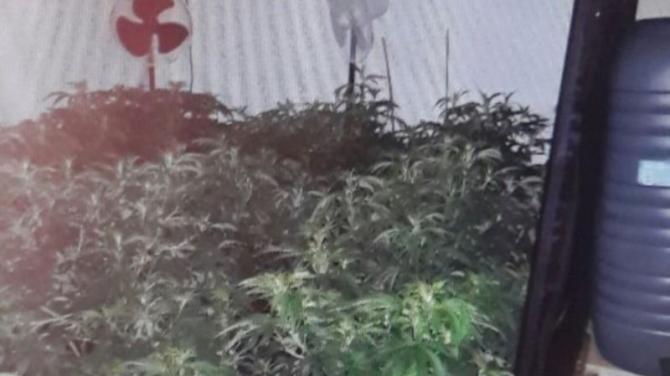 A CANNABIS factory worth £20,000 was dismantled by police following an operation on the Annaghad Road in Culloville.

The facility was based inside an uninhabited cottage.

Sergeant William Nulty explained that the PSNI received information on Tuesday, February 19, that illegal drugs were being grown at the vacant property.

“Officers attended and found cannabis plants with an approximate value of £20,000 and a large quantity of cultivation apparatus,” he continued.

“This was a very professional operation which had been set up in a rural location in an effort to avoid detection and I am very pleased to have taken these drugs off our streets.

“No arrests have been made at this stage but our enquiries into the matter are ongoing.”

Sergeant Nulty has appealed to the public who noticed any suspicious activity in the Annaghad Road or may have information about the supply or use of illegal drugs in south Armagh to contact officers in Crossmaglen on 101.

“Alternatively, information can also be provided to the independent charity Crimestoppers on 0800 555 111 which is 100% anonymous and gives people the power to speak up and stop crime,” he added.

Sinn Fein's Slieve Gullion councillor Terry Hearty, welcomed the find and described the scourge of drugs in society as a “very serious problem” in south Armagh and rural areas.

“I welcome the find because it can lead to the ruination of some of our townlands,” stated Councillor Hearty.

“Everywhere has a serious, serious issue with it. The backlash always comes back on the community when people become addicted to drugs.

“It's a common problem everywhere when you see what's happening in Jonesborough, I was at the recent protest against drugs, and there's people right across south Armagh voicing their concerns that there's a problem.

“There's a problem in every village with drugs and we need to take it head on and deal with it before it deals with us. It's definitely a problem.”

Councillor Hearty added that if anyone has any information relating to the Annaghad Road factory or drugs in the area and are not comfortable bringing it to the PSNI, they can speak to him.

“If people aren't comfortable to go to the PSNI, I have no hesitation in going to the PSNI to help deal with drugs because the backlash comes back on our community,” he concluded.