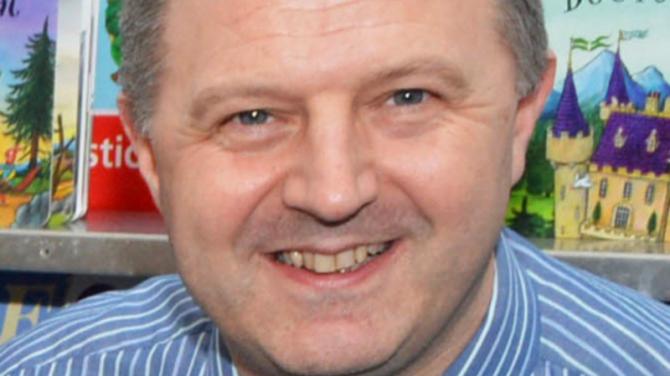 THE Principal of St Ronan's Primary School in Newry, has described the “impossible” job head teachers have as industrial action looms.

On Thursday (February 28) it was announced that members of the Northern Ireland branch of the National Association of Head Teachers (NAHT) “reluctantly” moved one step closer to a formal ballot on industrial action.

Members voted overwhelmingly to proceed to a formal ballot with 93% in favour of taking industrial action.

Issues which have led to the formal ballot include special educational needs, the ever increasing workload and pressure on NAHT members driven by budget cuts.

Principal of St Ronan's Kevin Donaghy, who is not a member of the NAHT but has been campaigning against educational budget cuts over the past number of years, explained that principals have been pushed to their limit.

He explained that there was a 1.1% uplift announced in the education budget but when inflation is taken into account there is actually a decrease in the overall budget and principals do not know if the increase will even be passed down.

“If we do get a budget cut there is just no way we can continue to maintain services at the level they are because our funding has been hit so hard,” he told the Newry Democrat.

“The workload issues are just becoming completely and utterly unmanageable, we are being asked to do more and more for less and less.

“Children with special educational needs aren't getting the support they need because there's no money there so we're battling it and the waiting lists for those children that need support are going up. The job is just getting impossible.”

Mr Donaghy said that the decision by members of the NAHT will highlight the problems principals face, especially as the union is a particularly conservative group.

“If they're taking this action as a very conservative union then that actually highlights the issue that this is a big problem and it's a problem that St Ronan's has been highlighting for the past couple of years. The funding is inadequate.

“It's the only way we can actually show people just how bad things are.”

President of the NAHT Geri Cameron, added: “There is a generation of school children who deserve better.

“School leaders will focus their attention on what is best for the children and we will ensure, to the best of our ability, that any action will not impact on the employing authorities and the Department of Education.”