The Lord Mayor of Bessbrook 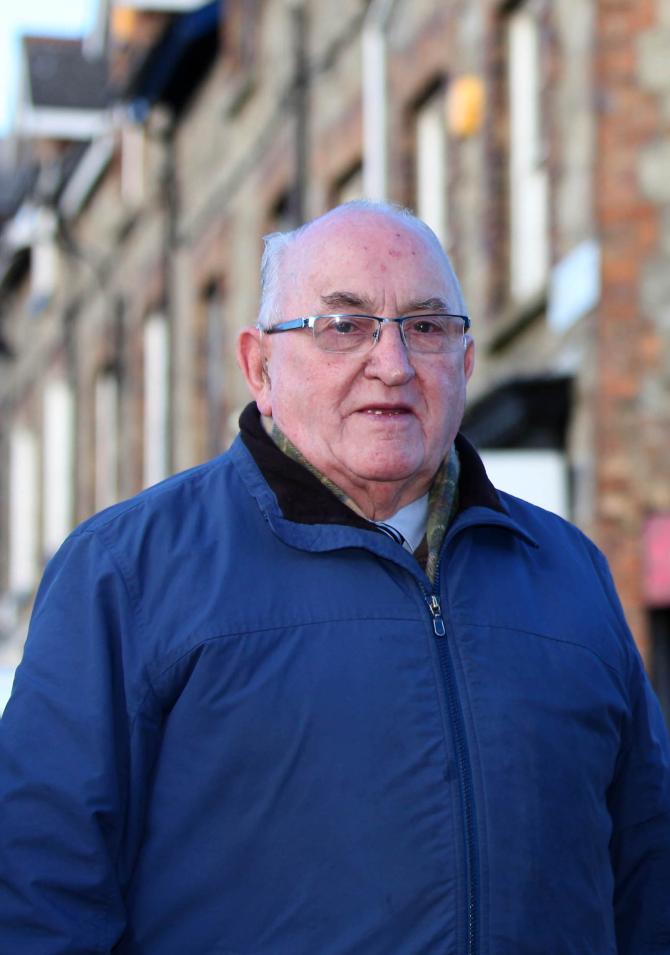 LAST week, Bessbrook laid to rest probably one of its most famous and treasured sons, Weslie Livingstone.
I christened him the unofficial Lord Mayor of Bessbrook many years ago, and there wasn’t too many people who disagreed with me.
He had an natural warmth and an infectious personality that both old and young could identify with.
His great passion was musicals but he enjoyed attending plays and was always a great supporter of Bessbrook Drama Group.
Unbelievably he was a member of Newry Musical Society for 73 years and held the role as president for 39 years. I once asked him did he never get sick of it. The look on his aghast face answered that for me.
He was an icon in Newry and Bessbrook but he was as equally well known the length and breadth of Ireland where people got to listen to the Newry Group but particularly his legendary voice.
Even though it was a bitterly chilly day last Friday, a large crowd turned up from far and wide to attend this magical man’s funeral.
Even though it was a sad occasion when we entered the Methodist Church, the mood lit up when the minister announced that Wesley’s grand daughters were going to play a melody of his favourite songs. It was joy to behold as the packed congregation joined in.
Following the grandchildren’s melodies his beloved Newry Musical Society gave us an emotionally charged rendition of You’ll Never Walk Alone.
I was thinking to myself that Wesley’s cherubic face would be grinning from ear to ear and that his heart would be bursting with pride.
The minister then gave a beautiful eulogy that summed up Wesley perfectly. He talked about his devotion to his Methodist, faith which was matched by his love of theatre especially musicals.
I was tempted to shout out that he was also an ardent Bessbrook United and Newry Town fan which sometimes was hard to fit in because of his busy schedule.
Sadly, in his latter years, due to ill health he wasn’t able to attend which knowing him would be very frustrating.
I used to call at his house during the week to sell him a lotto ticket and of course I was always invited in.
During the course of one conversation I asked him one time did he ever think of playing bowls. Even though he was in his late eighties he replied, “I’m too young to be playing bowls.”
It was like talking to a wise old owl but he had the youthful exuberance of someone much younger.
In the summer evening you would almost inevitably say him chatting to someone across the wrought iron gate outside his house.
I will miss him standing at that gate, I will miss our little chats in his home, I will miss him attending the Brook’s matches but above all we will all miss a wonderful man that brightened up all our lives.
R.I.P. Wesley.