Get along to public meeting 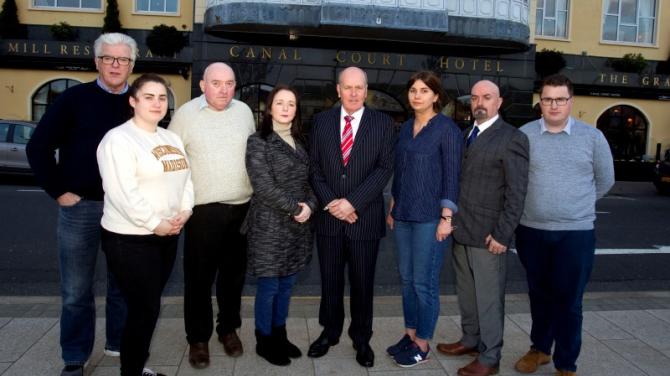 MEMBERS of the public are being urged to make their voices heard at a public meeting to discuss the proposed loss of Daisy Hill's stroke services.

The Canal Court's Miller Suite is the venue for the meeting, which takes place on Wednesday evening at 7pm.

Amongst those speaking at the event will be former Irish rugby international Simon Best. The Poyntzpass man had to retire from the sport after suffering a loss of feeling down his side. He was rushed to hospital in Bordeaux and attributes the proximity of the hospital as one of the attributing factors in his recovery.

Francis Gallagher, the Chairperson of the Daisy Hill Action Group and a community representative on the Daisy Hill Pathfinder Group, will also be in attendance.

Well-known radio presenter, Kevin McAllister, is chairing the event. He told the Newry Democrat that it is critical that people get involved in the discussion.

“I had absolutely no hesitation in accepting the invitation by the organisers to chair the meeting because I feel that this is such an important issue,” said Kevin.

“I'm from the area so I know the importance that Daisy Hill holds to people here. It's our hospital and it's imperative that the community have their say on what happens there.”

The organisers of the event have ensured that the community at the centre of the evening who will be on stage having their say.

In April 2017 around 1,000 people attended a public meeting to discuss the future of the hospital's Emergency Department. The organisers of that meeting, who are also behind this gathering, are hoping that there will be a similar turnout for this meeting.

“A very clear message was sent from that meeting, that in no way would the community allow for anything detrimental to happen to their hospital,” said Kevin. “It's time for everyone to stand together once again to keep stroke services at Daisy Hill.”