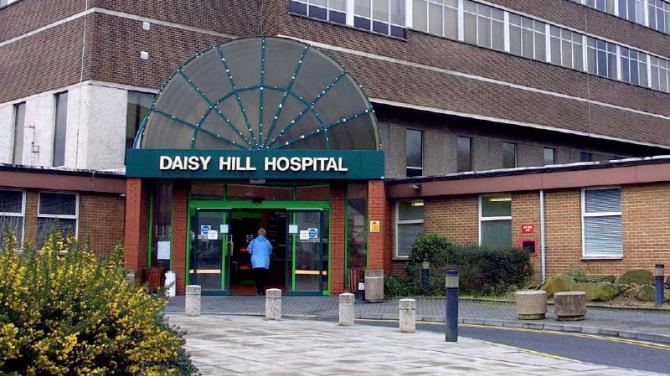 AN update into the Daisy Hill Pathfinder Project has revealed that the greatest risk to the project is an inability to recruit medical staff.

The information into the Pathfinder Project, which was established in response to the public campaign against the closure of Daisy Hill Hospital's Emergency Department in 2017, was provided at a Southern Trust Board meeting on Thursday, March 28.

As part of the project, a new Direct Assessment Unit (DAU) was opened at Daisy Hill on February 4, and between that date and February 28, 103 patients were seen at the facility.

However, it has not been possible to recruit to substantive consultant posts and therefore, in the interim, the service will be provided through existing substantive and locum staff.

The Trust has been successful in appointing three International Speciality Doctors, while there has also been interest from GPs to provide sessions in the DAU.

The report outlined: “Three GPs who have expressed an interest in working in the DAU have been interviewed and are expected to take up post March/April 2019.”

Meanwhile, the Emergency Department's recruitment target for year one has been achieved and plans are in place to move towards the achievement of year two requirements.

“Good progress” has been made in the recruitment of non-medical staff in the High Dependency Unit and in working towards achievement of training targets for nursing staff in line with the project's programme.

“Whilst good progress has been made in regards to recruitment with 28.8 wte (69%) having been appointed and 11.23 wte (27%) continuing to be progressed, the Trust is continuing to experience difficulties in recruiting consultant posts at Daisy Hill Hospital.”

On a positive note, the report stated that DAU patient feedback surveys revealed that out of 40 surveys, all patients were satisfied or very satisfied with the quality of care received.

However, it was noted under the heading 'project risk register' that the greatest risk to the Pathfinder Project at this stage continues to be an inability to recruit medical staff.