'I am angry because this shouldn't happen' 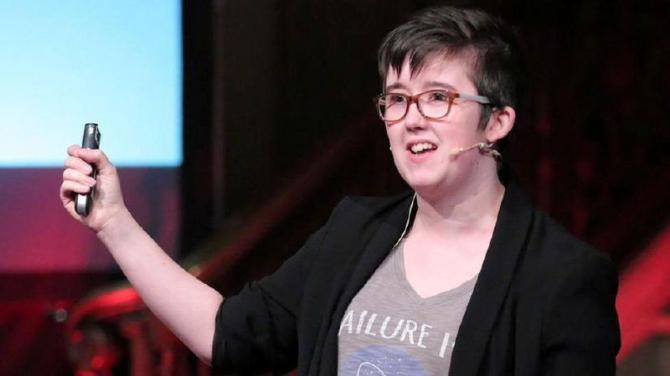 INTERNET security expert Wayne Denner described the shooting of journalist Lyra McKee in Derry on Thursday night as “tragic” as he reflected on their friendship.

Dissident republicans are being blamed for killing the 29-year-old during rioting after police searches in the city's Creggan area.

The Police Service of Northern Ireland (PSNI) said the New IRA “are likely to be the ones behind this” and detectives have started a murder inquiry.

Ms McKee was well-known in the Newry area, having worked for a period during her fledgling years as a journalist and also having participated in events surrounding Pride in recent years.

Describing Ms McKee as a “really great journalist”, Mr Denner said that her death was a hark back to dark days that he hoped were over.

He told The Democrat how he first met Lyra at an afternoon Q&A panel in West Belfast a number of years back, and said her generosity and kindness helped him develop his own particular writing style in the early days of his online business.

Wayne said, “It's absolute madness and you think that sort of stuff is behind you.

“You think that that's not going to happen. That somebody who's out doing a bit of work to get caught up in it is tragic.

“I was at the event talking about the impact of social media and online reputation and she was on the same panel and that's how we originally met. Ever since then we kept in touch through social media and we regularly kept in contact through direct message on Twitter and we met up regularly in Belfast over coffees.

“We would sit there for maybe an hour-and-a-half and Lyra would give me some advice and mentoring on writing, and obviously being a great journalist herself, I went to her and got some guidance and some mentoring on how to produce content online.”

The online safety expert said that Lyra's ability to transcend “small-minded” politics meant that she touched people from all walks of life.

“So many people knew her and her reach extended beyond small-minded politics in Northern Ireland and she championed for so many causes. I am angry because this shouldn't happen. This is a woman out doing a job.”

Wayne said that Ms McKee proved an invaluable sounding board throughout the process of writing his first book, offering pointers, advice and help whenever she could.

He added, “Even when I was writing my book, she was so helpful. Lyra was key to me actually producing and publishing my own book. She helped me get that across the line and I'm eternally grateful for that.

“I met up with Lyra on numerous occasions when I was having some really, really difficult times trying to get it over the line. She was there, she was helpful and she made sure that happened.

“I was reading through some of the messages that she sent me and seen how supportive she was in those messages. That sort of sums her up, she wanted to help people and wanted to see people do well, she was supportive.

“Even the language she would use, real, genuine language and just like a friend.

“That's what I really liked about her, she was so genuine, so thoughtful and she was an advocate for so many different people.”

Mr Denner described Ms McKee as an advocate for the LGBT community, for young people and for business in Northern Ireland.

“We talked at length about business ideas and I was always keen to see if I could help he,” he said.