Pride on move to Albert Basin 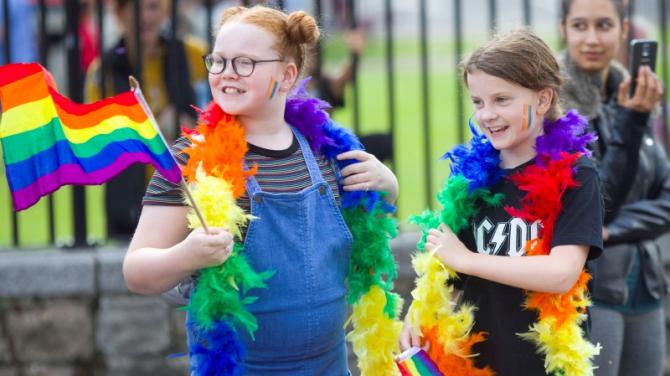 THE International UK and Ireland Pride Festival concert in Newry will be moved to the Albert Basin.

It is expected that the Pride Parade will attract at least 50,000 people to the city on August 31, as International UK and Ireland Pride is one of three global events that are running as part of the Stonewall 50 campaign, the others including World Pride in New York and Europride in Vienna.

A spokesperson for Newry, Mourne and Down District Council, who owns both McClelland Park and the Albert Basin site, stated that the council recognises the achievement of Newry Rainbow Community in securing this year's International UK and Ireland Pride Festival.

“In recognition of the international significance and potential positive economic impact that the festival will bring to Newry and the wider district, the council has agreed to financially support the event through a total of £125,000 grant funding,” continued the spokesperson.

“In addition to the funding package the council has agreed in principle to the use of Albert Basin for the purposes of hosting the event.

“The council are committed to working with Newry Rainbow Community and other stakeholders to accommodate the use of Albert Basin and council land, and to making the event as successful as possible.”

Responding to the news that the concert will be moved to Albert Basin, a spokesperson for Pride in Newry stated that they look forward this year's festival and will continue to work with the council.

“We also look forward to receipt of the agreed support from council,” Pride in Newry added.

The Pride Parade and International Festival takes place in Newry from August 24, to September 1, culminating in the main parade day on Saturday, August 31.

Many festival events will take place in city centre hotels and private and public buildings, including Newry's Arts Centre.