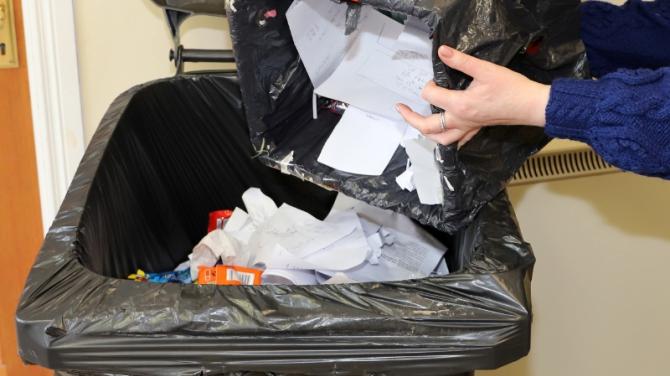 RESIDENTS living in the Newry, Mourne and Down council area produced the smallest quantity of household waste per capita at 98kg, new figures have shown.

The figures were released by the Department of Agriculture, Environment and Rural Affairs (DAERA) last week as part of its quarterly update on waste management.

Antrim and Newtownabbey bin more waste than any other council area, with an average of 133kg.

The figures take into account both household waste sent to landfill - rubbish put into the black bin - and waste disposed of going towards reuse, dry recycling or composting. This is anything put into recycling and food waste bins.

One key metric recorded by DAERA is the municipal waste energy recovery rate, a figure which tracks the amount of value gained from waste products when they are converted into energy.

The highest energy rate recovered was in Newry, Mourne and Down at 47.4%.

A spokesperson for the council explained: "Newry, Mourne and Down District Council has been raising the awareness with its citizens of the importance of recycling and minimising their waste. From April - June 2018 it reported a recycling rate above the Northern Ireland average for the first time.

“The Council has been working with its contractors to reduce waste to landfill. A minimum 90% of the black bin waste collected in the district is now sent to energy recovery.

While the Council has increased its recycling rate it still has challenging recycling targets to meet, therefore it is extremely important that the Council continues to encourage recycling across the district.

“It has strived to make recycling as easy as possible for its residents, and with such a large range of materials now readily recycled from home, it encourages everyone to recycle as much as they can in both the blue and brown bin and at the household recycling centres.

“The Council has also had no increase in its overall waste arisings, residents have succeeded in moving waste from the black bin into their recycling bins, saving money as well as saving energy, natural resources and the environment."