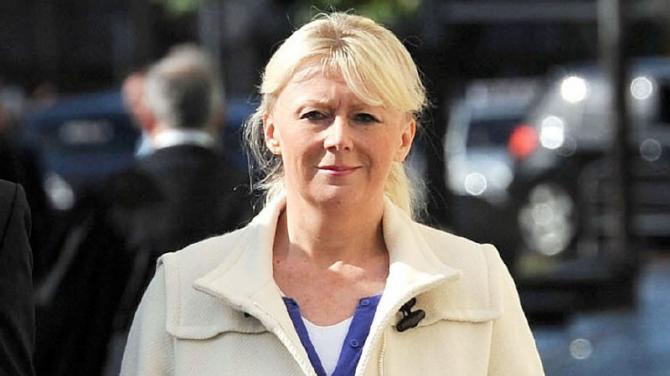 Footage of the criminal who Karen Walsh confessed to, was broadcast for the first time on Channel 5 show Nightmare Neighbour Next Door last Tuesday (April 23).

A witness statement from Walsh's cellmate formed a key part of the case against the ex-pharmacist, who is eight years into a 20-year sentence for beating Ms Rankin to death before sexually assaulting her.

The 53-year-old denied murdering the beloved grandmother at her Dublin Road home on Christmas Day in 2008.

The prisoner who gave the witness statement, stated that Walsh, who was on remand in Hydebank's women's prison, told her she had went to Ms Rankin's house after drunkenly rowing with her husband.

Walsh, who ran a successful Dublin pharmacy business, then confessed to killing her elderly neighbour because she scolded her about drinking.

In a tape recorded interview, the witness told detectives: “The older lady started lecturing her, y'know, all this drinking and everything else, telling her [Walsh] that she was ruining her life. Being so drunk, she [Walsh] didn't want to listen.

“The way she [Walsh] said it to me that the lady [Ms Rankin] had taken hold of her and said, 'Listen to me'. She [Walsh] said she pushed her away and the lady lost her balance and hit her head.

“I said, 'Karen you've just told me you killed that woman'. Then she went on to put something into her [Ms Rankin] to make it look like somebody had tried to have sex with her, had tried to abuse this woman sexually.

“I walked out of her cell at that point and told her: 'Karen that's really sick'.”

The witness later went to police to tell them the details, providing a witness statement that was pivotal to the murder charge.

Recordings of Walsh's police interviews were also made public for the first time on the Channel 5 documentary.

She said: “I had no involvement whatsoever in the death of Maire. I did not in any way assault Maire.

“I am very upset at this moment. This whole thing has been a complete nightmare.”

The frantic 999 call which Ms Rankin's daughter Brenda Rankin made after discovering her mother's body was also played during the documentary.

Detective John Caldwell arrested Walsh after a neighbour reported seeing her smoking outside Ms Rankin's house at 7am on Christmas Day. She had claimed to police that she was in bed until the afternoon.

She later admitted to being in Ms Rankin's house on the night of the murder after her DNA was found on the crucifix, but said she left at 1am.