Call made to stop holding benefit appeals in court 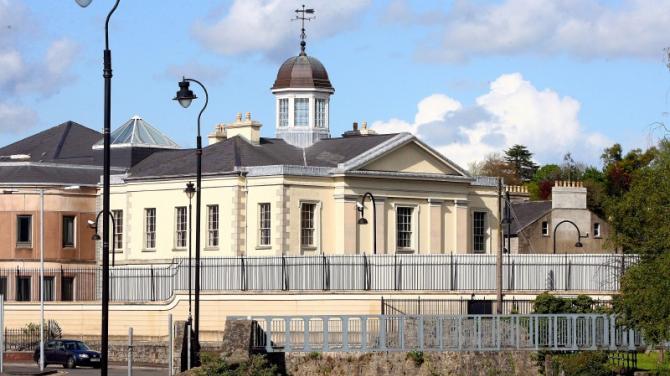 COMMUNITY Advice Newry's Kellie Murray has said that benefit appeals hearings shouldn't be held in court houses due to the 'criminalising' impact it has on claimants.

Since Personal Independent Payment (PIP) supplanted the Disability Living Allowance (DLA) benefit nationwide, appeals tribunals that were once held in community buildings such as Ballybot House are now heard in courthouses across the province.

Ms Murray believes that this has a stigmatising and debasing impact on people who are simply appealing a benefits decision.

The Community Advice manager said: “Appeals should be held in a neutral venue, either back here in Ballybot House, where the cost is minimal, or another community building where you could be going for anything - you could be going to a yoga class, so nobody knows why you're coming here.

“The assumption when you go to the courthouse is that you've done something wrong, that you committed a criminal offence or that you're up in court. But instantly people are suspicious and you just feel that you're criminalised going into it.

“The appeals are heard in the opposite end of the courthouse, so you have to walk the whole way there. Anyone with mobility issues could have their awards jeopardised if they have to walk more than 20 metres.”

The charity have campaigned for more than a year for the Department of Work and Pensions to rethink their decision, which Kellie says compromises privacy due to the open plan nature of the courthouse.

He added, “There's a lack of privacy whenever you are going there representing your client. You're sitting there with them and there's all these open seats with people going round talking.

“The presenting officer, who is defending the reason they did turn you down for the benefit could be sitting beside you.

“So even for privacy to speak to your client and go through your GP notes is just not there. It's supposed to be on quiet days but there's never quiet days in Newry Court.”

Ms Murray said that the savings made through using courthouses is negligible and that these are negated by the intrusion caused.

He said, “It was changed because of the cost because the court house is the Government's own building so it's free to use. It's not very much to rent a room here, they got two rooms, tea and coffee provided for a minimal amount.”

A volunteer for Community Advice, who did not wish to be named, and who has himself has been through the appeals service in the court house, said that the intrusive nature of the process is intimidating for people trying to have their benefit reinstated.

“You're worried about what people are going to see you doing or going in there. Going to court you feel that you're on trial for something when you're just applying for a benefit,” he said.

“Plus the amount of times, in high-profile cases that the news cameras are around the court house, so you're having to go through that and people driving by don't knowing why you're going into court.”