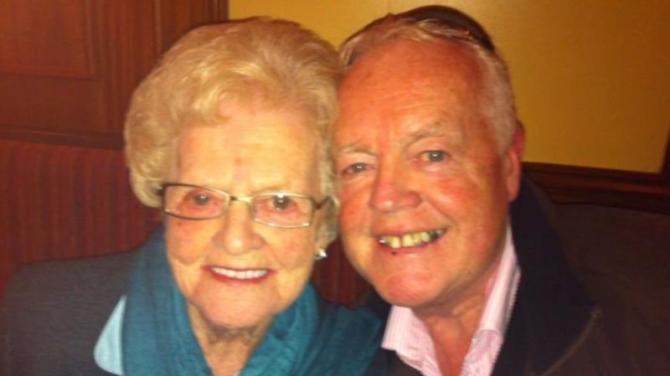 ALMOST 43 years after her daughter was killed by a paratrooper in Ballymoyer, Mrs Mary O'Hare has passed away.

Mrs O'Hare was the mother of Majella O'Hare, who was just 12-years-old when she was shot in the back as she made her way to confession with a group of other children on the morning of Saturday, August 14 1976.

She had been passing an army checkpoint at the time.

Mrs Mary O'Hare was in her 90s, and, speaking after her death, a friend of the O'Hare family said that in all the years from Majella's death, she had been “heart-broken but always dignified.”

The soldier who killed Majella, and who has since died, was Michael Williams. He claimed he had fired in response to an IRA sniper attack.

He also said that he had shouted a warning, and had opened fire on a gunman he said he had spotted for about two seconds in a gap in a hedge.

Initially, soldiers claimed that the child had been shot “in crossfire.” But, civilian witnesses also said that they heard no warning being shouted before a single shot was fired.

The shooting was also witnessed by Majella's father Jimmy, who had been cutting grass in a schoolyard near the church, and who could see the group of children coming along the country road, heading towards St. Malachy’s Catholic Church, Ballymoyer.

As the girls passed the graveyard of the church, a single shot rang out and Mr O'Hare saw a child fall.

He ran 150 yards to discover that his own daughter had been mortally wounded.

She was airlifted to Daisy Hill Hospital but died on route. Mr O'Hare passed away in 1992.

Williams was tried for manslaughter in 1977 but was acquitted by Lord Justice Maurice Gibson, sitting alone. The judge accepted that there had been a gunman in the area.

Lord Justice Gibson and his wife Cecily were killed in a PIRA car bomb attack in 1987.

The O’Hare family received £1,500 in the 1980s from the Northern Ireland Office in compensation for the loss of their child.

Speaking after the hearing Mr Jimmy O’Hare said: “No amount of money could compensate for the loss of Majella.”

In August 2010, the Historical Enquiries Team said it supported the findings of the original RUC investigation which had found that Private Williams was not returning fire at a gunman and recommended to prosecutors that he be charged with manslaughter.

And, in 2011, the British Ministry of Defence issued an apology to the O'Hare family. At that time, it was only the second occasion on which such an apology had been offered.

In a letter to Mrs O'Hare, it was accepted that it was unlikely there was a gunman in the area at the time Majella was killed.

Of the apology, Mrs O'Hare's son Michael said while it did not “bring closure to the family”, it did “help reach an acceptance of what happened to Majella.”