Kennedy to consider his future after MEP defeat 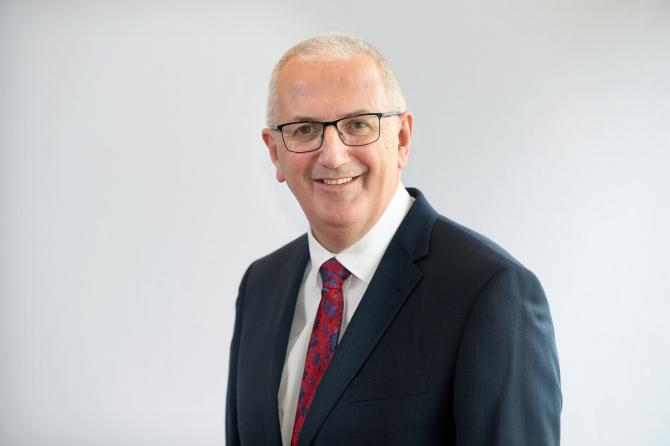 DANNY Kennedy has said he will “reflect” on any future political decision after failing to be elected to the European Parliament.
Yesterday, the Ulster Unionist Party lost their seat in Brussels for the first time since 1979 and the former Newry and Armagh MLA described the result as “hugely disappointing”.
Mr Kennedy received 53,052 first preference votes in Thursday's poll, sitting behind Sinn Fein's Martina Anderson (126,951), the DUP's Diane Dodds (124,991), Alliance leader Naomi Long (105,928), the SDLP's leader Colum Eastwood (78,589) and the TUV's Jim Allister (62,021).
Speaking to the BBC, Mr Kennedy stated that the result was not only a disappointing result for his party but for “overall unionism”.
Reflecting on his political future, the former Newry and Mourne councillor said that he will always be grateful to the UUP.
“I have a personal decision to reflect on as well but this party gave me every political opportunity that I have ever had,” he stated.
“I will always be grateful to it for that so I'm not going to turn on the party at this stage and demand something else.”
Thanking those who turned out to vote for him, Mr Kennedy added that it has been a privilege to serve the Ulster Unionist Party.
“I want to thank all of those people, over 53,000 people, who took the time and the trouble last Thursday to cast their vote, not only for the Ulster Unionist Party but for me personally,” he continued.
“I will always be grateful to those people and I thank them very much.
“I'm also grateful to this party for giving me the opportunity to serve. I've tried to serve this party at all levels and it's been a huge privilege.
“I'm not going to point the finger at the party now and say 'you should have done this or you should have done that'.
“There are assessments that we need to make in terms of this overall election but we will look at it in the context of the rest of the United Kingdom.
“We see change there [in the UK] and in some ways we don't see change because the clear vision and the fault line of Brexit operates not only in Northern Ireland but throughout the United Kingdom.”