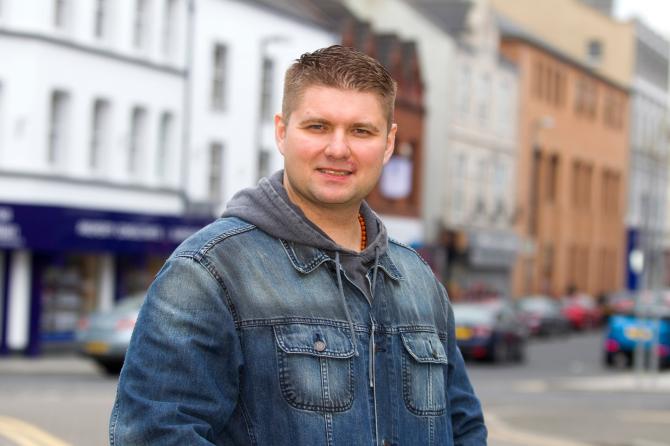 NEWRY Democrat columnist, Dan Gebski, was one of a number of foreign nationals who were turned away from voting in Thursday's European election.
As voting was taking place, stories emerged right across the UK that EU nationals across the country were arriving at polling booths only to find their names crossed out with officials confirming they were not eligible to vote.
The UK government is now facing calls to launch an urgent investigation into the treatment of EU citizens in the election.
According to the Guardian newspaper, the issue centred on the fact that the UK’s involvement in the elections was confirmed late because of the Brexit crisis and that EU citizens were required to fill in a form called the UC1 or EC6 to declare they would be voting in the UK and not their country of birth.
There were reports of people being told by officials that they should or could vote in their home country – an experience shared by Dan.
He said that he had received a polling card and had voted in the recent local government elections, but noticed something was amiss when he hadn't received a card for the European vote.
“Then I noticed a week later that my wife, Aislín, got a polling card for the European election and I didn't. So I thought 'right, this is dodgy',” said Dan.
“I remember that it had happened before and I hadn't been allowed to vote. When one of the politicians came to my door I asked him if he was sure if I was allowed to vote. He said '100%'.
“But then I saw in the Polish UK news that people were being turned down when they went to vote.”
Dan decided that he would attempt to try and vote regardless.
“I went to the polling station anyway and my name was stroked out. There was a black line and I was told 'you're not allowed to vote',” said Dan.
“I told the people in the polling station that I knew it wasn't their fault but that they needed to work harder in this country because this is wrong. It's shameful.
“My understanding is that we are allowed to vote for MEPs from Poland, but not for MEPs in the UK. When we were voting for Brexit we were not allowed to vote either, or at the last European election.
“It's very strange because how come you can live here but you can't vote? We participate in daily life in this country – I can't get this out of my head. We are still EU citizens. We should be allowed to vote in an EU election.”
The Newry Democrat asked the Electoral Office of Northern Ireland for an explanation but at the time of going to press we had not received one.
- Read Dan Gebski’s column on page 31 of this edition of the Newry Democrat.