Playing on railway lines is fraught with danger 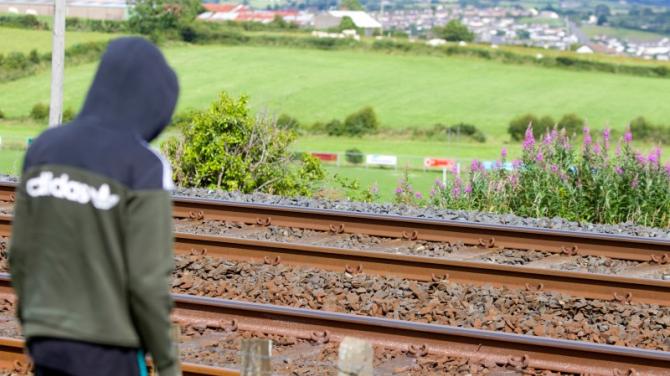 YOUNGSTER playing on local railway lines are putting their lives at risk.

Police and Translink have issued a warning following reports that children have been playing in and around the railway line in the Dorans Hill, Newry, and Low Road, Meigh, areas in the past two weeks.

Sgt. Colin Jamieson said, “We have received two reports, and we want everyone to remember the dangers and serious consequences of going near railway tracks and urge parents to reinforce the dangers to their children,”

"Straying onto or playing on or around railway tracks is fraught with danger. Those people who misuse the railway lines are not only putting their own lives at risk, they are also putting the lives of other rail users at risk by doing so.

"The advice here is simple - stay clear of railway stations or halts unless using the train and never ever venture onto the tracks.

We would also ask parents to help reinforce these safety messages by discussing rail safety with their children.

The last thing any of us wants to see is a tragedy on our railways when one could be so easily prevented.

A spokesperson for Translink said,

“We want everyone to be mindful and have a safe and enjoyable summer. Any young person trespassing on or near the railway line unwittingly puts themselves at serious risk. Trains are travelling at up to 90mph and need the length of over five football pitches in order to stop so this sort of activity can have massive implications. We would remind everyone to impress on young people the dangers of this kind of antisocial behaviour. We take a zero tolerance approach to trespass or other anti-social behaviour and offer a reward of up to £1,000 for those who give evidence which leads to a successful conviction”.

A local resident told the Democrat that children had been ignoring warnings.

“We are continually tell the young ones to stay off the railway lines.”