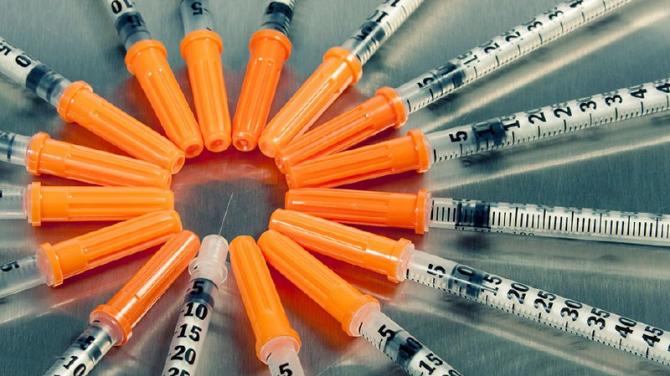 A STAGGERING 64% more visits have been made to needle and syringe exchange schemes (NSES) across the Southern Trust area, a new report has shown.

The schemes aim to provide those who inject substances with direct access to a health professional, who can help them in engaging with treatment services to address their drug misuse.

The Public Health Authority, who fund the scheme, revealed the figure in a new report which covers the period April 1, 2017 and March 31, 2018.

There are three needle exchanges in the Southern area, one of which is at Boots on Armagh's Scotch Street.

However, the figure accounts for just 4% of all needle exchange visits across Northern Ireland – the lowest of all five trusts. Belfast leads the way with 17,600 visits.

The PHA’s Drug and Alcohol Lead, Michael Owen, said: “Needle exchange services are based in areas where there is an existing pattern of people who inject, but they benefit the entire community, not only by providing a place for injecting equipment to be safely disposed of and reducing the risk of drug-related litter, but also lowering the risk of diseases such as HIV and Hepatitis B and C within the wider population.

“For those who use the confidential service, the NSES provides them with direct access to a health professional, who can support them in engaging with treatment services to address their substance misuse.”

Anyone who injects substances can use a needle exchange service, and this includes people who inject substances such as performance enhancement steroids, tanning agents, stimulants and opioids.

Michael Owen continued: “Providing services locally is vital, as people who inject substances are often vulnerable, may be in poor health, dealing with complex social issues and without local access to sterile equipment and advice. Needle exchanges are particularly valuable for engaging these people, because it may be the only service they are willing to use.

“The vast majority of people who inject substances – which includes people who inject steroids, tanning agents, opioids and stimulants – will find a way to inject it whether they can get clean needles or not. There is a serious risk to population health if these individuals share or reuse injecting equipment, which can lead to serious illness and infection.

“Making it harder for people to get clean needles would mean they are far more likely to share needles. This would hugely increase the risk of blood-borne viruses such as Hepatitis B and C or HIV amongst the injecting population, and this in turn would increase the risk to the wider population, so needle exchanges have an important role to play in helping to protect not only drug users, but also the community more generally.”

If you or someone you know is affected by drug and/or alcohol misuse, a range of support services in your local area can be found on www.drugsandalcoholni.info