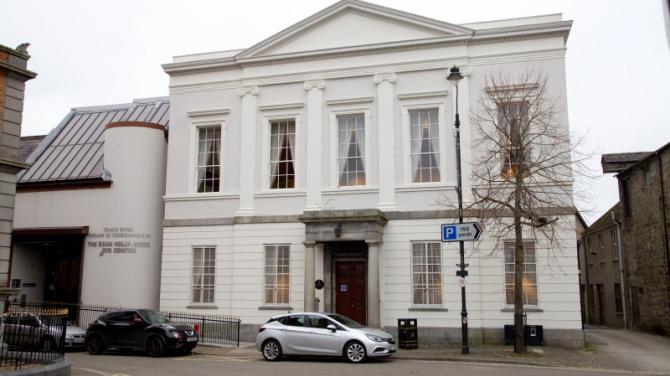 PLANS have been unveiled for a £20Million regeneration scheme for Newry City.

Ther ambitious project will include a £7Million Theatre and conference centre to the side and the rear of the Town Hall.

Speaking after the Council's Strategy, Policy and Resource Committee had met to discuss the plans, SDLP Councillor Gary Stroke said:

"The proposal will bring much needed footfall into the city centre and has the potential to open up the whole area around our magnificent Cathedral and develop a Cathedral Square or Plaza in the city that has our city’s most striking building as its centrepiece. We believe these proposals will have a hugely positive impact on the future of Newry and its people.

Party Colleague Michael Savage commented: "As we approach the 20th anniversary of Newry being awarded city status in 2022, we are now, through these ambitious projects,finally starting to fulfil the ambition and vision that we had 20 years ago.

“Over the next number of years Newry will be positively transformed, potentially beyond recognition, and the council will take the lead in doing that by regenerating the city centre and providing facilities that will be enjoyed by generations to come."