Three Down men sent to prison after £1millon cannabis seizure 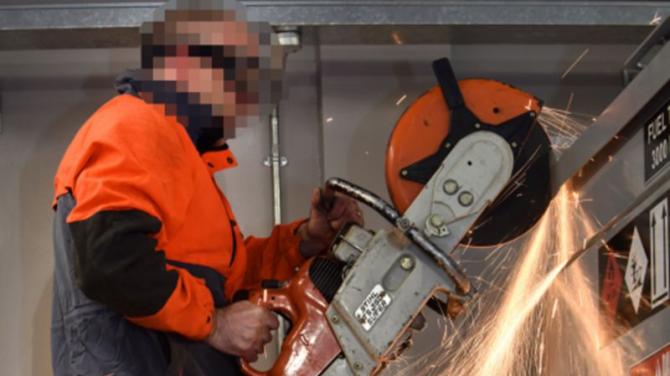 Detectives from PSNI’s Organised Crime Unit have welcomed the conviction of three men for their involvement in the importation of cannabis with an estimated street value of around one million pounds into Northern Ireland.

Before Newry Crown Court were: James McAleese (43), Kevin McPolin (33) and Niall Mallon (39), all from County Down, pled guilty to fraudulently importing Class B and possession of Class B with intent to supply.

“This success follows the seizure of a significant quantity of cannabis with an estimated street value of around one million pounds which was found concealed inside a large fuel container on a trailer at a property in County Down on 30 March 2018. £1,500 cash and documentation was seized following a further search of a property, also in County Down. By working with An Garda Siochana, they were then able to identify where the container containing the drugs had entered the Republic of Ireland. Through further comprehensive investigative work it was established that McAleese was instrumental in organising the container’s entry into the Republic of Ireland and its further transportation into Northern Ireland.

“Through collaboratively working with our colleagues in An Garda Siochana under the banner of the Cross Border Joint Agency Task Force (JATF), we were able to take these drugs out of circulation and identify those involved in the supply chain. By disrupting their activity, this has also meant that many more drugs have not been imported into Northern Ireland over the past year. This demonstrates our continued commitment to both preventing dangerous drugs from ending up in local communities and pursuing those intent on destroying lives through the supply of illicit drugs.

“There continues to be debate within society and some people think that spending money on some cannabis isn’t a problem, but this couldn’t be further from the truth. I want people to think about where their money is going before they hand over cash for recreational drugs. Any money that you hand over for drugs, no matter how small, goes to fund the misery inflicted in our communities by drug dealers. People who deal drugs don’t care about the devastation that addiction causes – their primary concern is with lining their pockets.

“Mallon, McPolin and McAleese are criminals pure and simple; their only aim was to line their own pockets. We will continue to investigate those who profit from the harm caused by illegal drugs.

“I would appeal to the public to contact police if they have any concerns or information regarding drugs in their area by calling 101. Alternatively, information can also be provided to the independent charity Crimestoppers on 0800 555 111 which is 100% anonymous and gives people the power to speak up and stop crime.”