ATM's should be a service, not another income for Banks - says Newry Councillor 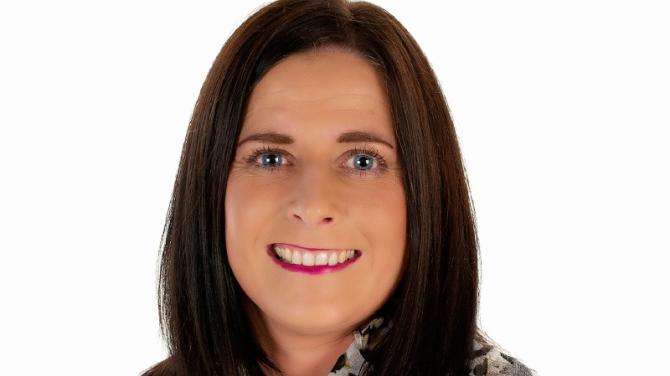 SINN Féin Councillor Oonagh Magennis has said that the growing trend of ATM Bank Machines charging for cash withdrawals has compounded the isolation and social exclusion of many.

The Councillor who is taking a motion to Council to highlight the growing concern about the issue explained,

“In the present economic climate in particular, but also as a general rule, Banks and Building Societies should be providing ATM’s as a service to customers and not as another source of income. Over recent years these financial institutions, in order to reduce overheads, closed a large number of branches leaving many areas without walk-in services.

“These services were replaced by ATM’s. As independent cash machine providers entered the market place, brand name bank machines began to disappear. Some of these operators charge from £0.95 up to £2 per transaction. With most wages, pension and benefits now being paid into banks, these charges are an extra burden on people on fixed and low incomes. In the absence of walk-in bank services people have no option but to use ATM’s thereby incurring extra expense through these charges”.

“The imposition of charges for cash machine's hits families on low income and elderly people in particular. On a daily basis concerns are being expressed for residents who are financially disadvantaged, face isolation and social exclusion. Such charges particularly hit the elderly and people on low incomes and also encourage people to withdraw larger sums in one go that impacts adversely on budgeting. I view these charges as unwarranted and socially irresponsible."

The Sinn Féin elected representative also highlighted the concerns of many shopkeepers.

“A number of shop owners have raised concerns around charges for ATM cash machines in their shops, which they say is having a negative impact on their business.

“Measures have been introduced to reduce the fees associated with ATMs for banks, but this has led to charges being passed on to the customer, resulting in a downturn in use.

“Shop owners have said that this has led to a reduction in their trade as less people are coming in to use the ATMs.

“In many areas, particularly in rural communities, these ATMs are the only ones available and shops provide an important service to local people by providing them with access to their cash.”

“Sinn Féin, some time back, had written to British government minister Mel Stride, Financial Secretary to the Treasury, asking him to look at this issue and introduce measures to reduce or remove these charges for the benefit of customers and shop owners. So far we have had no response.

“I am now requesting that this District Council also registers its objections to these charges by backing this motion to abolish charges on former ‘free to use’ ATMs.

“Access to cash is not just some abstract concept. It is an absolute right and legislators and regulators must battle to preserve it for us all but especially for the old and those in rural communities”.

Their latest figures suggest that, as of May 2019, the region had seen an almost 16% reduction in free-to-use machines in the previous 16 months. This decrease was almost 50% greater than those seen in the next highest UK region.

Northern Ireland is a high cash use region by comparison to GB. Statistics from the Payment Services Regulator report that 37% of consumers here prefer to use cash. As a result, the impact of removal free-to-use ATMs is potentially greater for Northern Ireland consumers.

Consumers can locate free-to-use ATMS on LINK’s website (www.link.co.uk/consumers/locator) and can give feedback if they feel their area is lacking in free-to-use ATM access through the “Suggest a Site” fe3ature on the website.