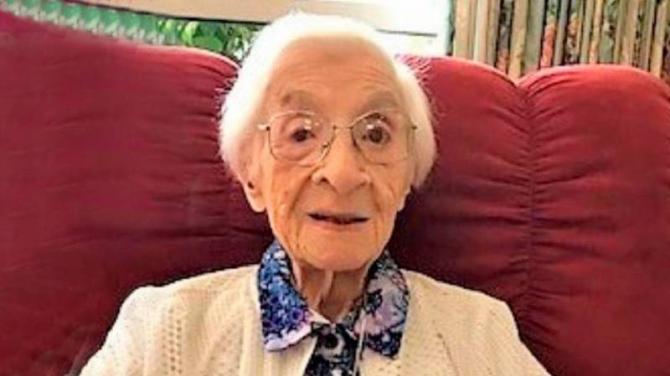 THE oldest Sister of Mercy in the world - who was originally from Newry - has passed away in the US at the age of 111.

The County Down woman was born in 1908 and raised by her father after her mother died at a young age.

After arriving in Mobile in 1929, she influenced generations of people throughout 50 years in an education ministry. Sister Donaldson then transitioned into pastoral ministry, caring for those who were sick.

Mercy Sister Marilyn Graf, who knew Sister Donaldson for 50 years, credited her love of life and people as among the reasons for her longevity.

Sister Donaldson moved to a retirement home in 1988 and at the age of 89 took up watercolour painting.

On her 95th birthday, she sold 20 of her floral paintings following an exhibition entitled 'Praising God's Beauty'.

Sister Donaldson left Northern Ireland for the US following a visit from Mobile's Religious Sisters of Mercy.

Admitting she "didn't know" where Mobile was in an interview in 2010, the Newry woman said the move across the Atlantic Ocean was a call from God.

Her first assignment was as a teacher at St Joseph School in Mobile, but much of her time was spent as a teacher and principal at St Ignatius in Mobile.

She also taught at St Mary, Convent of Mercy and St Joan of Arc in Mobile, Huntsville, Birmingham and Bessemer, Alabama; Pensacola, Florida; and Baltimore before moving into parish ministry in 1978.