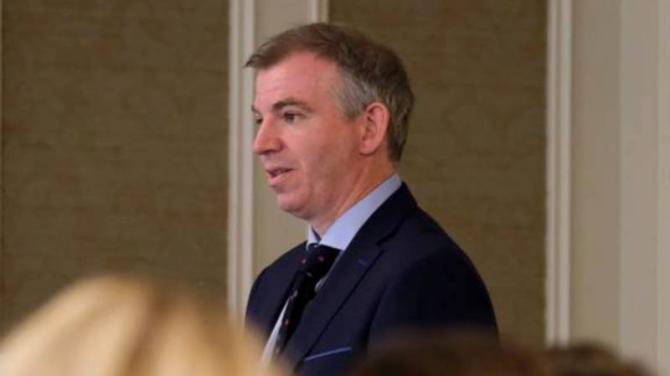 A UNIFIED approach is how Newry businesses will steer through the difficulties that lie ahead for the city’s high street.

Mr Connolly particularly welcomed news that the Newry BIDs objection to the imminent and very real threat of a new huge out-of-town retail development at Carnbane proved effective, in that the planning application has been set aside for now.

The application, which had been recommended for decline by local planners, was withdrawn from the agenda of the NMDDC planning meeting last week. Mr Connolly stated that the application may well resurface and that the BID will continue to oppose a development larger than Sprucefield which would fundamentally harm the centre of Newry.

Some of the wins for Newry BID in the 18/19 financial year were the organisation of the Aston Martin Red Bull F1 event in Hill Street, in conjunction with First Derivatives, which saw thousands of people pack into the city centre for the day, the expansion of the TradFest and Iur Cinn Fleadh festivals, BID’s targeted online marketing campaigns and website traffic, and the 522 individuals and 140 businesses supported through free tailored training courses.

Mr Connolly briefed attendees about the importance of ongoing and lobbying, not least the current planning challenge at Carnbane. He confirmed that the BID would continue to lead in lobbying for Newry, particularly around efforts to reduce the challenges from parking and business rates.

He said the key to tackling issues affecting business is communication with members and effective lobbying on their behalf to raise Newry’s profile and trading environment. He said the purpose of Newry BID is to support and advocate for city centre businesses and stressed that members are welcome to make contact to explore how BID can help resolve difficulties and to continue creating a positive vision for the city.

Mr Connolly acknowledged that while much had been achieved, much more needed to be done to deal with the ever-increasing challenges to our high streets.