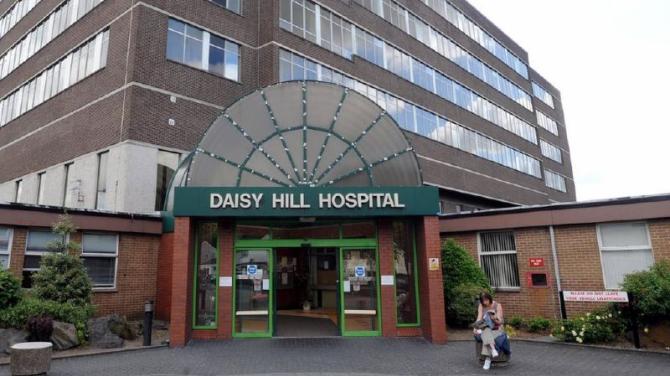 A NURSE at Daisy Hill Hospital in Newry has told the Democrat that she and her colleagues are at a point of no return.

Nurses in Northern Ireland are set to go on strike on December 18th over staffing numbers and pay disputes.

The Royal College of Nursing has said its members were planning 12 hours of strike action - the first in the RCN’s 103-year history.

The nurse we spoke to, who wished to remain anonymous was not surprised:

“It has reached a point of no return,” she said.

“It was never tolerable before, but we were always tolerant.

“Nurses always find a way around things, we’ve carried on and managed for so long and managed to a point.

“The shortage in numbers in nursing however is so bad.”

She added this has had a devastating effect:

“In some areas it is simply not possible to deliver safe care.

“I want to look after people.

“Nurses in Northern Ireland are sought all over the world, it is a vocation for them - but how can anybody work in these circumstances?

“It is about patient safety ultimately, but things aren’t necessarily being done.

“I do what I can, but we are 3,000 nurses short in Northern Ireland of what we need.

“We’ve begged the Department of Health to take note of what we are going through.

“Last week, was tough, we had patients who were complaining, but nobody even noticed the girl in the corner who didn’t open her mouth.

“Day-to-day when we step out of nursing, we are stressed.

“The price of groceries are the same for a doctor or a nurse.

“It is really difficult carrying that stress.

“You actually find yourself dreading holidays, because you have to pay for childcare.

“You can’t recover , you don’t have the chance to refuel going to work.

“Your stress and tiredness impacts on patient care

“It has a huge impact on ourselves.

“If you work a bank shift, its pittance money.

“As a professional you don’t get benefits.

“You are terrified of going off sick.”

The employee we spoke to also challenged the idea that nursing here may even be able to keep younger members of staff.

“I don’t know what would keep anybody in their 30s in nursing.

“By the time patients hit Daisy Hil, they are already in need of high levels of care and therefore when they get here you’re playing catch-up. “

“You will not have adequate levels of care until you address the pay problem.

“For so long, the government knew we would not leave Northern Ireland.

“The Department is paying £50 million per year in agency nurses - why can’t that go to staff nurses?

“They best sit up, we are tolerant no more.

“That could be your mummy at the end of the bed on strike day.

“This is only the start of it, because if they don’t take notice, we will haemorrage nurses.”

The nurse pointed out the vital role they play in the wider delivery of healthcare.

“The medics rely heavily on the nurses.

“Nurses step up, they are the backbone, and play a vital role.”