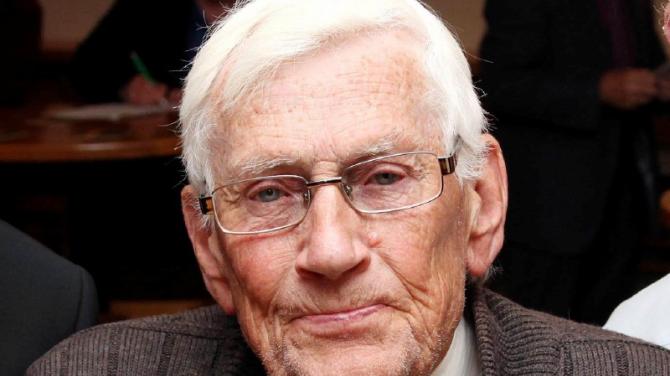 “People sometimes speak of the ‘noble vocation of politics‘. Seamus Mallon was a shining example of someone who gives their life in a vocation of service.”

The words of Archbishop Eamon Martin during his Homily at the Funeral Mass of Seamus Mallon, one of the most respected politicians of our time.

The former Newry and Armagh MP, Deputy First Minister, and Deputy Leader of the SDLP, passed away peacefully on Friday at his home in Mullaghbrack, aged 83.

The mourners were led by the Deputy Lieutenant of County Armagh representing the Queen; the Aide de Camp to President Higgins, the Taoiseach, the Tánaiste, the Secretary of State, the Mayor of Armagh, Banbridge and Craigavon, the First Minister and Deputy First Minister, MPs, the US Consul General, Ministers, Speaker of the Assembly, MLAs, TDs, Senators, Councillors and many public representatives North and South, past and present.

“Seamus Mallon was unequivocally anti-violence. Like Heaney he saw the ongoing bloodshed of the past as a “waste of life” and a “waste of spirit”. He empathised from his heart with all those who were suffering and his consistent condemnation of violence from whatever source often left him open to insult and unfair criticism. But his principles, rooted in a strong faith and in an unstinting commitment to a culture of life, remained steadfast in face of such opposition.”

The first ‘Life Gift’ brought to the Altar was a copy of Seamus’ own memoir, A Shared Home Place which he had published just last year.

Other items included Seamus’ Maiden Speech in the House of Commons and a fishing reel.