UK Government must honour its commitments on Brexit 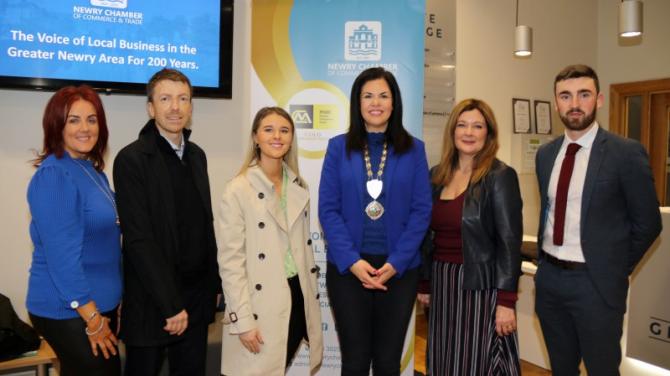 Speaking to Businesses in Newry this morning, new Newry Chamber of Commerce & Trade President, Emma Marmion called on the UK Government to honour its commitments set out in the Withdrawal Agreement with the EU.

It is an historic day for the UK as its leaves the EU. However, it would be fair to say that it is a day that businesses in Newry hoped would not happen. Our businesses and the thousands of people we as Chamber members employ have benefited enormously from the free access to markets and the absence of borders.

The decision has been made and as a border economy we will have to live with the future consequences of that decision. The UK government in the Withdrawal Agreement with the EU, has signed up to clear commitments to no hard border on the island of Ireland. They are commitments we expect them to honour.

In the coming months we hope the UK can secure a comprehensive Free Trade Agreement with the EU. If they achieve what they say they can achieve, our businesses will be able to trade freely North/South and East/West.

On this issue, as we have done in the past, we will ensure the voice of Newry and the border region is heard not just in Stormont but in London, Dublin and Brussels.”