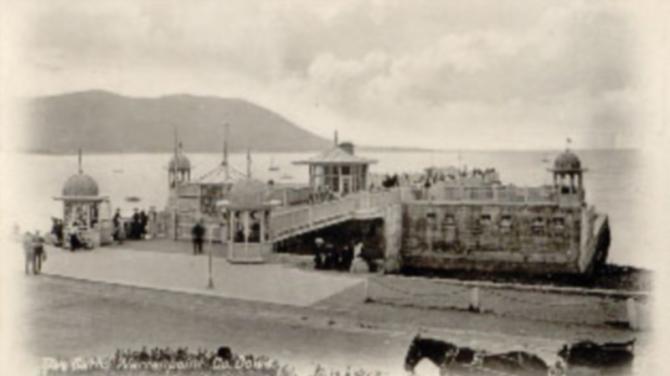 NEWRY, Mourne and Down District Council have begun a tender process, searching for Expressions of Interest from suitable companies to undertake the redevelopment of the Warrenpoint Baths site.

The area on the sea front in the town seeks a tender so that the project will ‘provide social, economic, and sustainable contribution to the townscape and context of Warrenpoint, whilst also benefiting to the life cycle and longevity of a landmark building in the centre of Warrenpoint.”

Planning permission has been secured for the site’s redevelopment.

The Baths last opened to the public for a short period of time in the 1980s.

The project will include refurbishment and an extension of the existing Adventure Centre, the community function room, seaweed baths/spa, coffee shop, and external venue space, public toilets and all associated site works.

Warrenpoint baths were originally built in 1907 and were popular for the next half century.

Their heyday was undoubtedly in the 1950s and ‘60s with the increase in holiday makers coming to Warrenpoint.

The baths featured an original open air, salt water swimming pool, which was built in 1907.

Four round Edwardian kiosks still stand at the entrance from Seaview and at the north and west corners of the structure.

The tender goes on to detail:

“The existing structure is low and is generally built below the level of the adjoining sea wall. The Baths project out into the tidal zone of the sea and thus at times the sea will be lapping.