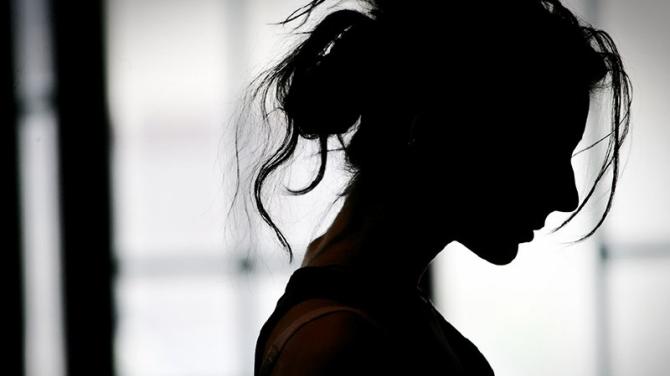 CONTINUED funding is vital in order to help protect these often vulnerable victims of domestic abuse.

Her comments come following a report from the PSNI which revealed that the number of incidents of domestic abuse dropped over the Christmas period in 2019.

“From 15th December 2019 until 16th January this year, we received 3,036 calls for help in relation to domestic abuse incidents compared to 3,114 from the same the previous year. That is a decrease of 78 incidents.

“We wanted to remind people they do not have to suffer in silence; that they can come forward to report any incident of domestic abuse to police.

“We know domestic abuse doesn’t only occur at Christmas; that it happens all year round but, sadly, historically figures show over the Christmas period incidents of domestic abuse rise.

“During this same period however, we received 1,782 reports of domestic crimes, an increase of 208 from the 1,574 we received over the same period the year before. This increase was largely attributable to the recording of higher numbers of harassment and malicious communications offences. It is encouraging to note that violence against the person with injury has however decreased, and as a Police Service, we continue to ensure we arrest and charge offenders for these offences, were the evidence exists to do so.

“On Christmas Day – a time when traditionally families come together to celebrate - we received 96 reports of domestic abuse incidents; again a decrease of 20 calls from the previous Christmas Day.

“On New Year’s Day we received a staggering 187 calls for help; an increase of 29 incidents compared to the previous year. This may seem like a small increase but, sadly, there are victims behind every single one of these statistics.

“These figures tell us more victims are finding the courage to pick up the phone and make a report, which is encouraging, but we must always remember behind each statistic is a victim.

“Domestic abuse is a terrifying crime, which can have a long-lasting impact and it can affect anyone, and often leaves victims feeling isolated and alone.

“We know that victims, both male and female and of all ages, may have suffered abuse many times before calling the police or contacting other agencies for assistance.

“Police officers attending the scene of a domestic incident will take a proactive stance against offenders. The police response to domestic abuse aims to ensure the effective protection of victims and family members, whilst allowing the criminal justice system to hold the offender to account for their behaviour. Domestic abuse is a crime and must not be tolerated.

“It is important that anyone who is a victim of domestic abuse knows they should not have to endure this horrific behaviour and that there are people who can help them make it stop.

“Unfortunately, many incidents of domestic abuse still go un-reported, but we hope this campaign will have gone some way towards changing that. We hope these stark figures issued today will encourage anyone impacted by domestic abuse to report it to us.

“A 24-hour Domestic and Sexual Abuse Helpline is available to anyone who has concerns about domestic or sexual violence, now or in the past on 0808 802 1414.”

“While these statistics are shocking, we have seen them all before.

“We do a lot of work with women on safety planning.

“There were definitely an increase in calls after Christmas.

“The figures have shown a pattern for a while.

“The important thing for us to point out is that there has been no increase in funding and this is desperately needed.”

She also added that there is a problem in under-reporting of incidents of domestic violence:

“A lot of women still don’t report these incidents of domestic violence.

“We have been working with the PSNI in Newry, Mourne and Down.

“We are always willing to work in partnership with the PSNI.

“The Police have been doing a lot of work to raise awareness about DV.

“And these campaigns, it is great to see, have been very well-received.

“But there is a very real awareness about the difficulties surrounding this subject, and it is also vitally important that funding continues to be allocated in order to help protect these often vulnerable victims of this type of abuse.”