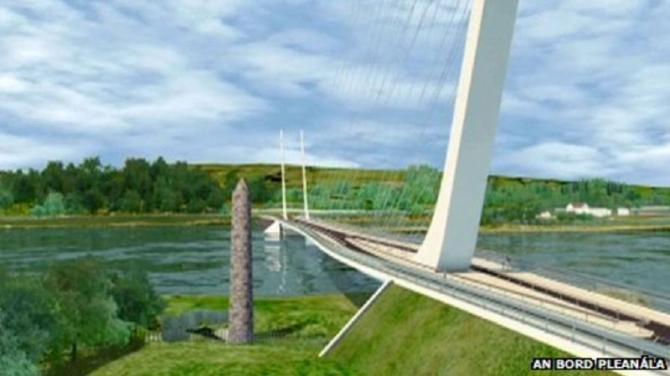 A SDLP Councillor has called for an ‘unambiguous position statement’ over the Narrow Water Bridge Project.

The SDLP representative commented: “The reasoning behind my actions is a deep concern that there has been a conscious and deliberate movement away from the original bridge design which accommodated cars, buses, cyclists and pedestrians.

“It appears the direction of travel by the previous Department of Infrastructure Minister Chris Hazzard was a reduced scheme only accommodating pedestrians and cyclists. Notes from the North South Ministerial Council meetings indicate this subtle shift of emphasis.

Given the potential for Sinn Féin to be a leading party of Government in Dublin and therefore a co-funder, and also hold the Finance portfolio in the Stormont Executive, I would call on them to clearly clarify their leadership’s support for what is the current design and capabilities of Narrow Water Bridge.

“ Those of us, including the Narrow Water Community Support Group, who have campaigned for many years, are entitled to an unambiguous position statement.

“It is vitally important the design as per granted planning permission in 2012 is adhered to, as any major departure from it would likely require a whole new application. This would no doubt delay the project for years.

“Currently this project is “shovel ready” and can be delivered in the short term.

“I know my party colleagues Nichola Mallon, who is now the Minister for Infrastructure, and Sinéad Bradley MLA are working intently with officials on this.CAMPAIGNERS for a cross-border bridge linking Counties Down and Louth hope it is "firmly within grasp" following its inclusion in the New Decade New Approach deal.

The Narrow Water Bridge Community Network said it is "extremely significant" that the stalled project was included in a list of infrastructure commitments that could receive funding.

The Narrow Water Bridge would span the picturesque lough between Omeath in Co Louth and Narrow Water Castle near Warrenpoint, Co Down.

Planning permission was granted in 2012, with funding secured from the European Union and governments on both sides of the border.

But the project was shelved the following year after it emerged costs had been significantly underestimated.

Louth County Council said the €18m originally budgeted for was at least €12m shy of what was required.

Despite an eleventh-hour bid to meet the shortfall, the withdrawal of EU funding, which led to Stormont pulling out, saw the proposal collapse.

Campaigners remain adamant the project should go ahead.

In a statement, they said they are "convinced of the potential for the Narrow Water Bridge to be truly transformative".

"It will unite communities around the lough creating a natural interconnector for the scenic areas of Cooley, Gullion and Mourne," they said.