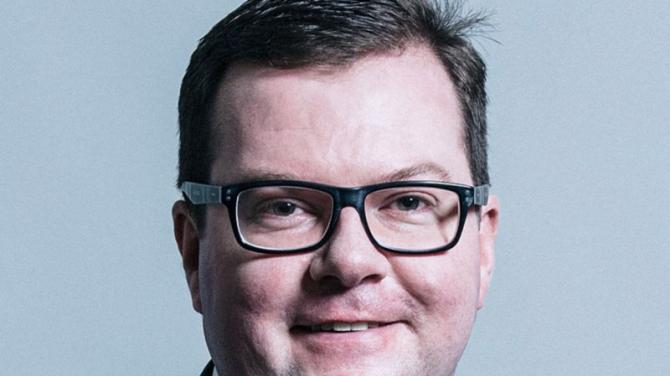 Mr McGinn, who was re-elected in December, will be joining the Home Office team under the new shadow home secretary, Nick Thomas-Symonds.

Following his appointment, Mr McGinn said: “It is an honour to have been appointed by Keir Starmer as Labour’s shadow security minister, with responsibility for areas like counter terrorism, serious and organised crime and online harms.

“The safety and security of the country and our citizens here in St Helens and right across the UK will always come first, and the incredible people working 24/7 to protect us will always have my and Labour’s support.”

McGinn was born in Camlough and his his father Pat McGinn was a Sinn Féin councillor.

He went to St Paul's High School, Bessbrook before going to university, he worked for the African National Congress in South Africa on a fellowship for two months.[

He studied at Goldsmiths, University of London, but did not initially complete his degree, remaining in London working for a mental health charity for Irish immigrants, Immigrant Counselling and Psychotherapyand later for the Irish Council for Prisoners Overseas.]

McGinn was chair of the Young Fabians from 2006 to 2007, and has been vice-chair of Young Labour. He stood to be a councillor on Islington London Borough Council in 2006 and 2010 without success He has been on the executive of the Fabian Society and until 2012 was chair of the Labour Party Irish Society.[6] In 2011 he represented the socialist societies on the Labour Party National Executive Committee.[6][8]

He worked as a public affairs and government relations consultant, before becoming an advisor to shadow Northern Ireland Secretary Vernon Coaker in 2011, and continued to work for Coaker when he became shadow defence secretary.

In 2016, he was involved in a Twitter spat, which became a media story, with Labour leader Jeremy Corbyn, in which McGinn claimed that Corbyn "said that he intended to ring my father", a former Sinn Féin councillor. Corbyn's spokesman said the claim was "untrue" The Guardian later reported that McGinn was reporting what other whips had told him, possibly sourced from a Corbyn staff member, rather than directly from Corbyn

Following the October 2016 Shadow Cabinet reshuffle, and the replacement of Dame Rosie Winterton as Chief Whip, McGinn resigned as a whip.