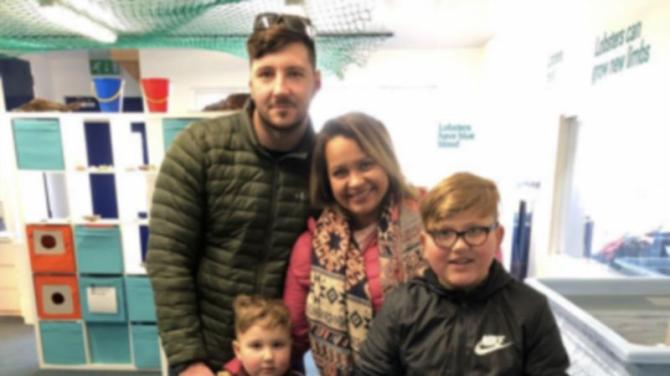 DURING the current Coronavirus-enforced social distancing curfews that we are all living in at the moment, it is easy to forget that for some members of our communities, the freeze on normal life, is more difficult than it is for others.

In Newry, Mourne and Down, there are an estimated 5,110 people living with sight loss, according to the Royal National Institute for Blind People.

The RNIB have pointed out the particularly pertinent problems for this group:

“The difficulties they are facing are around getting to shops or accessing groceries, particularly in the light of public transport services being so badly hit, and delivery services being very heavily over-subscribed.

“If they can get to the shops, many have to be guided and that becomes an issue when social distancing is being applied.

“Added to that, existing issues such as isolation and loneliness can be much worse as they will often be forced to self isolate away from family and friends, with potential impact on mental health.”

Jelena Boriskina who lives on the Dublin Road in Newry, is someone who is living with the difficulties of visual impairment.

In 2015, Jelena and her partner found out their son Max had an extremely rare genetic eye condition called x-linked retinoschisis.

The disorder affects only one in 15,000 people, and most of these people are men.

Women however can carry a mutation gene within their DNA, and not even know about it.

“In my case, I carried and still carry the mutated gene, but I don’t have the condition myself.

“Making a long story short - half of my own x-chromosomes have a mutation on this RS1 gene and my kids have 50/50 chance of getting it.

“As you can imagine, it was a lot to take at the time, we spent about two hours in the Royal Hospital in Belfast.

“Max was seen by a number of specialists and finally was diagnosed, he was only five at the time and didn’t understand complicated terminology.

“The only thing I can remember is that there is no cure and this is for life.

“I was trying so hard not to burst into tears and act normally for my wee man, but all I could think about was: it is my fault, my gene on my chromosome is bad“.

Jelena explained it took her a long time to move away from that mindset of blame:

“ It took me good few years to get rid of that guilt. “The day Max was diagnosed we met Angie from RNIB.

“She knew exactly how I felt and after a short emotional talk she gave me lots of practical advice, it seemed so logical and simple and...well....normal.

“She opened my eyes in some ways, she has invited me to an event for visual impaired kids and their parents.

“I wasn’t sure whether to go or not, but I went and when we did go, there were lots of boys and girls with the glasses, patches, sunglasses on and....guess what....they all went mad, had fun and laughed, they were regular kids and it hit me then - visual impairment is normal it is same as to be tall or short, blonde or ginger.

“It is beautiful, we just have to adapt and get used to it.”

For those who may have just had a recent diagnosis of visual impairment, Jelena had this to say to them:

The RNIB say they are increasing support:

“During these challenging times, information is vital. In response, we are ramping up our support and services to ensure blind and partially sighted people get the help they need.

“Help us continue removing barriers that stop people with sight loss from living the lives they want to lead.”