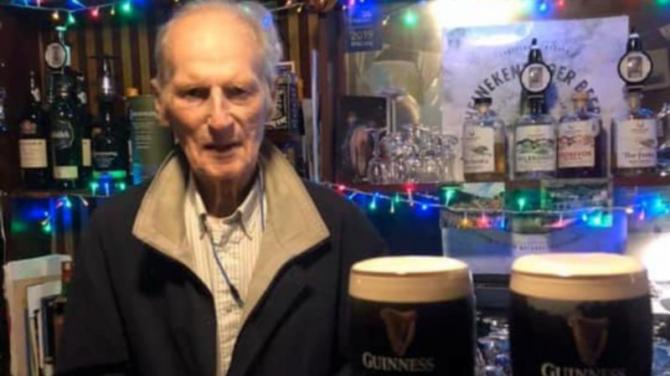 HENRY Kavanagh was known to many and greatly loved by all who got close to him in his Rostrevor pub or on the water in boats and wind surfing.

This was a mighty man who came from great stock and who, in my mind’s eye, takes on the persona of a tribal leader in the days when Buffalo roamed the plains and when men were men and their word was their bond.

Such an image would have sent Henry off into an hour of story-telling about this and that, who did what, do you remember and, in the telling, “Henry the Barman” would allow his gaze to fall on the middle ground of the pub as though searching the shelves of memory to find another epithet to adorn the telling. And all the while he pulled the pints.

I well remember in another age, Henry behind the bar as always, and I arrived in having just tied up my new boat, a Folkboat called Calypso, mahogany on oak and lots of brass and Henry loved it. The pint was pulled, the glass was raised and together with the others in the Bar, we toasted Calypso and the voyages that were to come.

Henry was an icon of decency, a totally “one off”, a beautiful human being who did his work and held his court with laughter and with gentleness. Greatly loved quite simply.

The man now gone will never be replaced because in life there was no one like him. He was a model of humanity straight off the drawing board of a kindly God of love and of wisdom. And having done the work the good God tore up the plans.

You know this is beginning to sound like a late-night yarn-telling session in Henry’s white pub up in the corner of the Rostrevor square…but so what we are pulling down the curtain on an amazing man, a spirit of wonderment for whom every step in life was an adventurer.

I remember well the day he was carried away to sea on his windsurfer. The shades of night were falling fast and Henry was in danger of being lost but it was a problem that the Rostrevor man would solve.

The island at the mouth of the lough proved his salvation and in the growing darkness he fetched up there and turned his sail and his board into a shelter that would save him through the night.

It is inconceivable That this man, Henry Kavanagh is dead and that we will never meet and talk again. But, now that I think of it, the way and the spirit of Henry, the mark he made, are mighty waypoints on the chart of my life as I continue my voyage to discover all there is to know about what I believe is, the God of Love.

On the morning of the funeral, early, I placed my sapling tree on the doorstep of the pub, in between the Mass Cards and the beer barrels.

It was my salute to Henry. And do you know I was…maybe…in the pub only a couple of dozen times. But yet the impression made by Henry has lasted with me forever his death has created immense sadness in my heart.

Go well Henry and give my love to God.