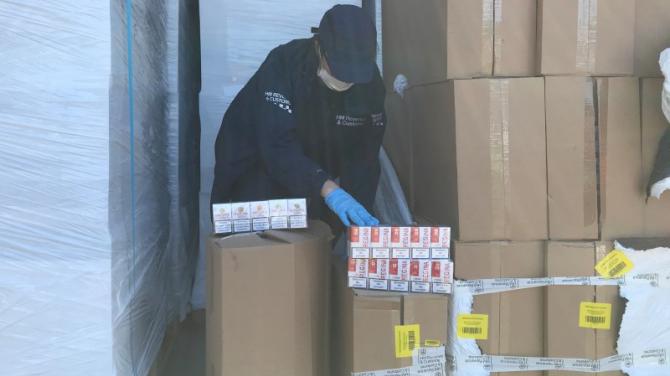 Officers from HM Revenue and Customs (HMRC) attended a property in Newry on Saturday along with colleagues from the PSNI. HMRC made the arrests at the scene and seized eight million cigarettes. The suspected illicit tobacco products are worth an estimated £3m in lost duty and taxes.

A heavy goods vehicle and its refrigerated unit, a van and a fork lift truck were also seized along with approximately £12,000 and €2,000.

The operation led to a further eight searches across the border carried out by the JATF’s Revenue Commissioners and An Garda Síochána, with almost €100,000 euros, thousands of duty stamps and approximately two and a half tonnes of hand rolling tobacco being confiscated.