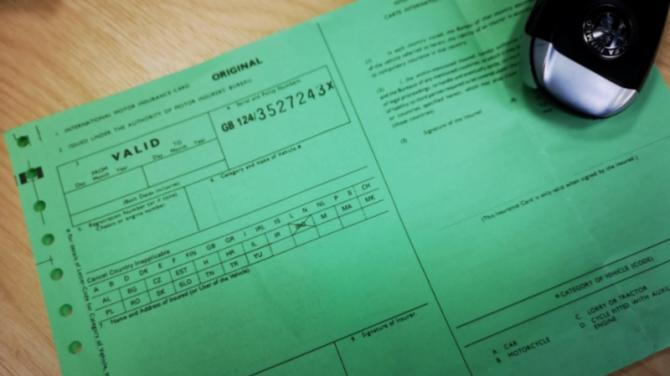 SDLP Assembly Member for Newry and Armagh Justin McNulty MLA has branded proposals for motorists from the North travelling in the South to carry a Green Card as nonsense.

Mr McNulty said, ‘The suggestion that motorists here should have to carry a green card when travelling in the south is just nonsense. For those of us who live, work and shop in border counties it would be a hassle and is not needed. Motorists are insured to drive anywhere on this island, it doesn’t matter what the jurisdiction but I fear the inclusion of a need to have a green card will then be used as gateway to further discrepancies north and south and potentially border checks or infrastructure.’

‘For those who have travelled across mainland Europe, they will know there is border infrastructure when leaving EU Countries and entering non EU Countries. At those border points not only is your passport checked but so is your green card if you are driving a vehicle. It has already been accepted by the EU, Irish Government and the British Government that the freedom of movement will remain on the island of Ireland and there will be no need for border checkpoints for passports, but my major concern would be that this could lead to border checks by the back door.’

‘This is an unnecessary bureaucratic rigmarole. It could lead to friction and potentially singling out of northern motorists. This cannot be allowed to progress. I have raised it with the Minister and I anticipate the issue being discussed at the North South Ministerial Council in Dublin next week. We need the Irish Government and our Executive to make representations to Brussels to have this requirement quashed for northern drivers to carry a green card on this island.’