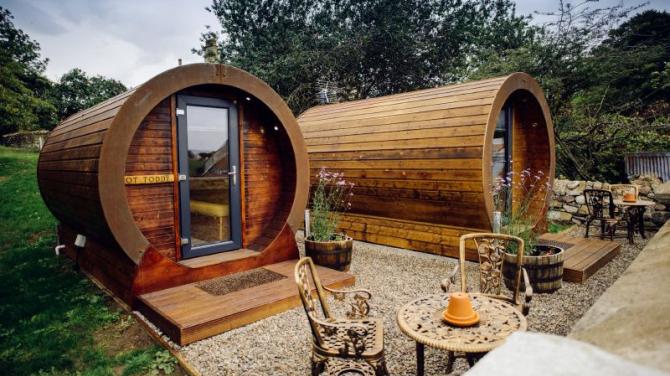 PLANNING consultants are hopeful that approval to proceed with a previously rejected proposal to create a glamping site at Camlough may soon be granted.

O’Toole and Starkey Ltd are the Planning Consultants who have submitted a new planning application on behalf of their client, Mr Karl Toner.

Newry, Mourne and Down District Council will now assess this and, if they approve the plan, the site – just off Newton Road – will become a glamping area catering for the full range of life-under-canvas devotees’ tastes.

Mr Brendan Starkey explained, “The original application, in which we as a consultancy played no part, was approved, so that is a positive. But when that original plan was then amended – again, we played no part in any of that – it was rejected.

“The first ruling suggests that, in principle, it should now be possible to reach an agreement acceptable to everybody, We have now been brought in and it is our belief that a compromise between the original Planning Application - which was approved, remember - and the amended plan, which wasn’t, ought to be possible.”

When Mr Toner’s amended plan was turned down in July 2019, he was living in Sydney, Australia. His intention had been to return to his native South Down in the event of his amended plan being accepted. Even though it turned down, he has since done so.

The amended plan which was rejected was for the creation of six camping pods, six tent pitches, an associated common room, a children’s play area, kitchen, showers, toilets, laundry and clothes drying facilities, plus parking and access.

It also was proposed to provide a tackle and sports equipment hire shop with café and associated toilets, parking and access, and fenced secure external storage.

The new application, now being handled by O’Toole and Starkey Planning Consultants, does not include a tackle/sports equipment hire shop.

Instead it now proposes camping pods, tepees, tent pitches and communal facilities in the form of a toilet and shower block, as well as a campers’ hub featuring a tea room/café.

The 0.75 hectare site would also include car parking, landscaping and associated ancillary works.

The proposed site is 70 metres west of 55 Newton Road (A25) and it is the would-be developer’s hope is to make the already-popular scenic Newry/Mourne area even more attractive and accessible to visitors and tourists, resulting in a significant economic shot-in-the-arm for this area.

As for what happens next, the procedure and legal requirements are as follows: ‘Planning Authorities will take account of the relevant development, plan, planning policies and other considerations including representations from the public and views of the relevant Council in reaching a balanced decision on an application’.