Threat of Industrial Action by Council Workers in Newry, Mourne and Down 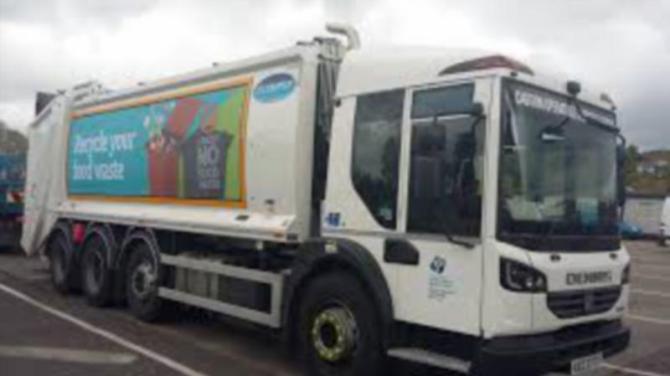 MANAGEMENT of Newry Mourne and District Council say they have been actively working with Unions to address numerous pay and operational differentials within the Council.

Last week the Joint Trade Union Side (JTUS) indicated industrial action would be taken what they claim ‘ follows years of failed attempts to get the management to address the issues of, pay inequality and disparity in other significant terms and conditions’.

In a statement, JTUS says they have been left with no other option only industrial action,

“NIPSA, SIPTU, GMB and UNITE have jointly attempted to negotiate in good faith with both the present and previous CEO of the Council on these issues. However, it is now abundantly clear by recent actions of management side that we have been left with no other option than industrial action.

We had felt that progress was being made following the agreement of some conditions in April of 2020. However, since the focus of the discussions has switched to pay management have reverted to their previous tactics of stalling the process and offering only detrimental solutions that no Trade Union or member could accept.

“TUS and Management recently participated in talks designed to address the current impasse facilitated by the Labour Relations Agency. At these negotiations a way forward was agreed unfortunately management did not adhere to it and gave it lip service at best.

“I am sure we will be asked how can we justify taking this type of action during a pandemic when so many jobs are at risk.

“!TUS can only respond with this explanation, there is never a good time to take industrial action it is taken as a final resort and this is no exception. We would also ask the public to understand our members’ concerns. These include asking them to carry out the exact same jobs for the same employer but depending on where you do it, can lead to a pay difference of up to three thousand pounds per year.”

This has been ongoing since the legacy Councils of Newry and Down merged TUS nor its members cannot and should not be expected to tolerate this any longer.

Replying to the statement and the threat of Industrial Action, Council management said they were committed to achieving efficient and effective services across the Council for the ratepayer of Newry, Mourne and Down, whilst recognising and fairly rewarding the efforts of our staff across the District.

. “The management of Newry, Mourne and Down District Council have not been advised of any industrial action being taken by the Joint Trade Union Side (JTUS) and are therefore very surprised and extremely disappointed by the statement you have received.

Management are fully aware that there are numerous pay and operational differentials to be addressed and have been actively working on detailed proposals to address these differences. Numerous meetings have been held with the JTUS in relation to addressing these differences, the most recent being last Wednesday, where initial proposals to deal with some of the key differentials in respect of the refuse collection team were presented to the JTUS, including a number of new job descriptions, which would place all employees on the same basic pay scale across the District. It is recognised that there are other aspects of payments and operating practices associated with these roles that also need addressed.

It was agreed at the meeting held on Wednesday 7 October 2020 that JTUS and management would discuss management proposals further and that JTUS would revert to management with written feedback on their issues and concerns. JTUS confirmed the main issues to be the tasks and duties which attract separate payments under legacy agreements. Management are committed to addressing these issues and to that end requested another meeting to take place this week and for management to put forward further pay related proposals to the JTUS. Management have also committed to providing a proposed operating procedure in the coming weeks for negotiation with the JTUS, this will seek to address the operational differentials between the Newry and Downpatrick refuse collection services.

It had been agreed that the JTUS would provide their concerns to management in writing ahead of our next meeting, scheduled to take place this Thursday 15 October at management’s request. However, management have yet to receive these from the JTUS. Given the statement you have received, we are unsure as to whether the JTUS will be in attendance in order to progress these issues.