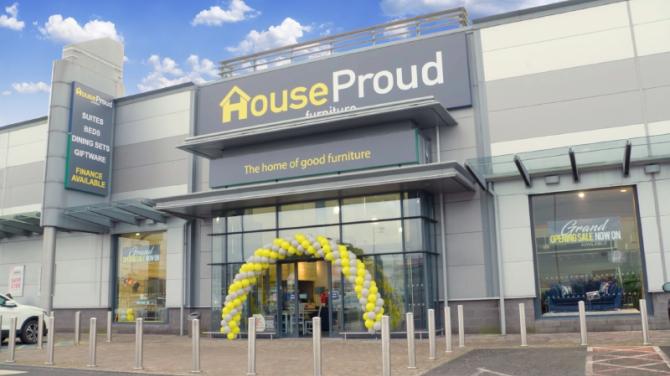 The business will open its newest 8000 square foot store in Connswater Retail Park later this month and will become the company’s 10th store location in Northern Ireland.

The new store will create 10 jobs for the local area, bringing the total number of employees to over 80, and has seen the business invest a sum of £350,000 into the expansion.

Commenting ahead of the launch, Barry Muldoon, owner at HouseProud Furniture, said: “We already had the plans in place to open before lockdown and we decided to push ahead as we see huge potential in the longer term in the homewares sector despite the current situation.”

Barry added that the last four months has seen “record breaking” sales as it continues to adapt to life after lockdown, while also revealing more plans for the future.

“We have also just agreed a new 40,000sq ft store in Dundalk, which is our first venture into the Republic of Ireland which is very exciting with plans to open 10 more stores over the next 5-6 years,” Barry revealed.

HouseProud, which has been named “Independent Retailer of the Year awards winner” two years in a row since it started in 2009 in Northern Ireland.

“This Belfast store is store number 10 for us. Our mix of imports plus exclusive supplier ranges makes HouseProud totally unique and able to offer the best value at all times. We’re certainly the largest furniture retailer across Northern Ireland and still growing.”