Fr James Fegan - A Burren man for God and the World 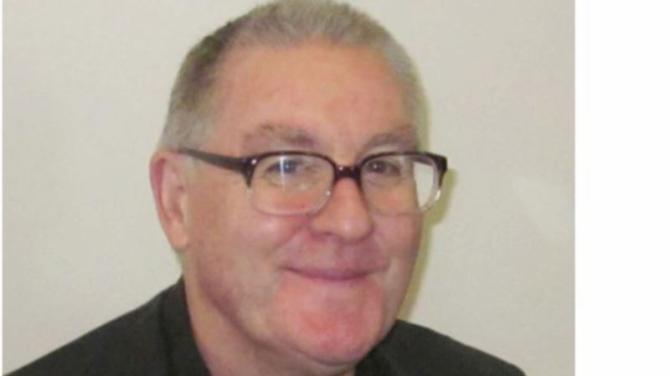 THE death has taken place, after a short illness, of Fr James Fegan SMA.

Fr Fegan, a native of Burren, died peacefully at the Bon Secours Hospital, Cork, on Monday morning, 9 November 2020. Fr Anthony Kelly SMA was with him when he died.

Jim Fegan was the eldest child of James and Ellen [née Sloan] of Burren, and was born on 20 July 1948 in Downpatrick Hospital, Co Down.

He was predeceased by his parents and three of his brothers, Eugene, Anthony, and Frank.

In the way of the Society the camaraderie and fellowship of missionary life, was with James right up to the end.

It was, and continues to be, a ‘solidarity’ of caring among the men and women who left Ireland for God’s call to Africa and beyond.

James gave his life for the poor people of Africa and, in his passing, I felt I lost a great touchstone for good in a modern world of trouble. For these men of the SMA, and the women of their sister Order, “Our Lady of the Apostles” are of a unique kingdom of caring, often lone travellers, in the business of establishing, missions stations across the world….and mission stations mean little bamboo chapels, schools, clinics, community centres and the economic growth and greater well-being for a needy people.

Sister Mary Taylor, OLA, now retired from her own missionary work and living in their Rostrevor convent told me about Father James.

“He was a strong man of great conviction, a deeply spiritual man, who had a great love for the people he went to serve.

Father’s death at a comparatively young age removes a gentle and dedicated man from the missionary community.

While we are deeply saddened by his passing, we are heartened in the knowledge that his Christian message and his work for others, have taken root and will continue to grow and bear fruit in all the years to come.”

Father James was a Burren man and his neighbour, John Magee, spoke to me about the priest and his family just across the fields in their family home.

“The Fegan’s are great people, the very best of neighbours and we were all proud of James when he went off to be a priest. Now he rests in Cork after a lifetime in Burren and in Africa. We are all greatly saddened at his passing but are happy knowing that James did his job well.”

I met Father James on many occasions when I stayed at SMA House on the Blackrock Road in Cork. We would chat over dinner in the dining room alongside other priests and Sisters, either retired or visiting for a while, before returning to Africa.

I was able to speak of the Burren man, the builder Harry McMahon; Harry gave me my job when I left sea; there were mentions too of the Murdock family, (I went to school with Paddy), and we spoke of about the footballer Johnny McGovern who I clashed with when Shamrocks came a calling.

James and I exchanged the familiar chat of friends interwoven with the stories of missionary life and it was an honour to have been with him on those occasions.

The full story of Father James and his work will of course come later and maybe in the time to come the spirit of Burren and of God that moved James to his great life’s work, will rise again in the hearts and minds of young people today who may wish to undertake their own lives of service in the future.