From hotel to holding cell 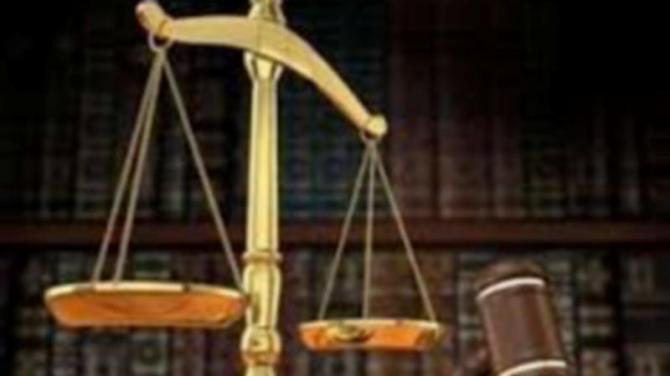 A DISORDERLY Newry man with a republican catchphrase has been handed a suspended sentence after striking out at police tasked to subdue him.

The court heard that he accused had been at a south Armagh hotel celebrating his birthday with his then girlfriend when the PSNI was alerted.

Officers observed a male outside the hotel.

Police spoke with staff members who said they had asked O’Hagan to leave, but he had then become abusive.

The defendant was offered a lift home in the PSNI vehicle.

However, O’Hagan then become abusive and aggressive toward police attempting to headbutt one constable and struggling with another.

The accused was restrained and handcuffed for resisting police.

The defendant stated at the time, “I don’t know how I can resist when handcuffed”.

On July 20, at approximately 10.20pm, police were tasked to Chestnut Grove, Newry on the report of a suspect male raising his voice in the street.

When officers arrived, they approached O’Hagan, who told them, “f*** you…up the RA”.

The defendant was then arrested and handcuffed.

However, O’Hagan was later able to release his left hand from the restrains and shouted, “I’m going to start biting people…who wants it…up the RA”, before banging his head off the police cell door on his way in.

Defence said his client, when at the hotel had consumed a large amount of alcohol and had forgotten his house key when an altercation occurred.

On the Chestnut Grove incident, the barrister said that O’Hagan had been drinking at his parents’ house when he when to the shops to buy cigarettes.

“This has all grown out of lockdown,” said defence.

“He lost his job and has separated from his girlfriend since July.

“There has been no further incidents,” added the barrister.

District judge Eamonn King alluded to the fact that O’Hagan had refused to take part in a pre-sentence report.

O’Hagan was sentenced to four months suspended for 18 months.