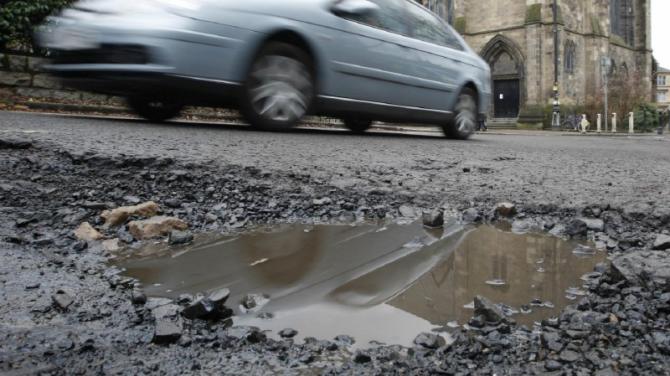 Sinn Féin Councillor Aoife Finnegan has said that south Armagh has yet to benifit from the £10million Rural Roads Recovery fund that was introduced in June last year.

The Slieve Gullion Councillor said that roads in the locality we’re becoming more and more dangerous and she confirmed that she had written to the Roads Minister to ask her to outline what areas the Rural Roads Recovery Funding money is being spent on and why the people of South Armagh are being left to suffer the consequences of an unacceptable road Infrastructure.

“People are being forced to drive on roads which are clearly not fit for purpose with multiple potholes and lack of gritting causing accidents and damage to vehicles.

Waste bins cannot be lifted in some areas, Bus and other essential services are impeded due to the dangerous conditions of the road, Many are not being gritted despite the adverse winter weather.

This is compounded by issues regarding street lighting, signage and road markings.

Our roads need fixed properly, the patchwork repairs are a waste of time.

Roads are just deteriorating rapidly and this is causing more expense to the Department for Infrastructure (DfI) in the long term. More worryingly many motorists and pedestrians see them as a danger to be travelling on”

The Councillor expressing her frustration at the lack of action by the Department for Infrastructure (DfI) continued,

The Department for Infrastructure (DfI) has had an increase of 20% in their budget last year. The Finance Minister has allocated the highest budget ever to the Infrastructure Department and it is important we here in south Armagh see the benefits of this.

It is extremely frustrating to be constantly told that work on roads will be carried out ‘within the financial year’. That is of no consolation to local residents, pedestrians and motorists.

The south Armagh Councillor confirmed that she had written to the Minister asking her to outline her Departments spending on roads in the area.

“I would like to find out how much of this £10 million Rural Road Recovery Fund or the 20% increased funding the Department for Infrastructure had last year was spent on our road infrastructure here in south Armagh.

South Armagh has historically had poorer infrastructure than any other area in the North. Action needs to be taken as a matter of urgency and the responsibility rests with the Department for Infrastructure to be proactive and take it”.