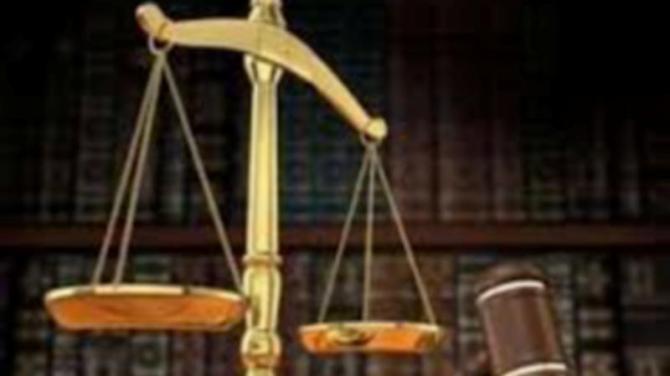 An unemployed south Armagh plumber accused of kidnapping and threatening his ex-girlfriend from Newry has had his bail varied to live with his grandmother.

Neil Byrne (26) with an address of Concession Road, Crossmaglen is further charges with, making threats to kill, possessing a firearm with intent to cause fear, possessing of a baton, attempted choking and a charge of harassment on dates between March 24 and June 26, 2020.

Prosecution gave details of the case following the arrest of the accused when police received a call about a man dragging a woman into a car in Newry on May 18.

It was heard that the defendant’s car had pulled up to the residential area of Michael Mallon Park, Newry in daylight hours.

The alleged injured party looked out with window of a house she had been in after hearing a vehicle beeping its horn.

The accused's car was said to be blocking the woman’s car.

The court heard the female exited the house and was approached by Mr Byrne who then engaged in verbal and physical abuse, grabbing her by the arm and demanding to know what she had been up to.

The accused is then alleged to have sent Facebook messages to a witness calling them to come out of their house.

The magistrate heard that the defendant became further agitated calling his former partner a “slut” and “tramp” stating that she should not be with anyone apart from him.

It is then said that Mr Byrne put through all the windows of the woman’s car and threatened to take a door off.

The court was told that the defendant then bundled the woman into his car and drove her to the Bernish viewpoint, a few miles away, where he was said to have taken the woman’s phone and attempted to gain its password.

Further insults about her weight and threats get to the woman sacked from her job were said to have been made by the accused.

Following a number of calls by the alleged injured party’s sister, the defendant was said to have returned the woman back to her address.

On the journey, it was heard that Mr Byrne begged for forgiveness saying he could change and asked the alleged injured woman not to tell the police.

On arrival to the address, the female saw her mother and then contacted the PSNI.

The woman explained that she had broken up a relationship with the accused a few weeks earlier and that there had been historical offences.

Officers arrived and arrested Mr Byrne, he was cautioned and made no reply.

Defence barrister, Kevin Magill made an application to vary the bail address for his client, an address in Mullaghbawn he had previously been allowed to stay at over the Christmas period with family.

“At the moment he is in a self-contained flat on his own in Crossmaglen,” said Mr Magill.

“He previously worked in Dublin, but due to Covid, that has now ended.

“The new address would move him four miles closer to Newry.

“Though he would be with family and not on his own, as they say idle hands can be dangerous,” added the barrister.

“These offences were allegedly committed in full daylight in front of a number of witnesses, which did not deter his conduct of the offences he is allegedly involved in,” said Mr King.

“He has no work in Dublin due to Covid.

“If varied bail he would be with family members, which can only be a good thing.

“He must reside with his granny in Mullaghbawn,” added the judge.

The defendant was also restricted to a curfew of 8pm to 6am.

The case was adjourned to February 10 for an update.