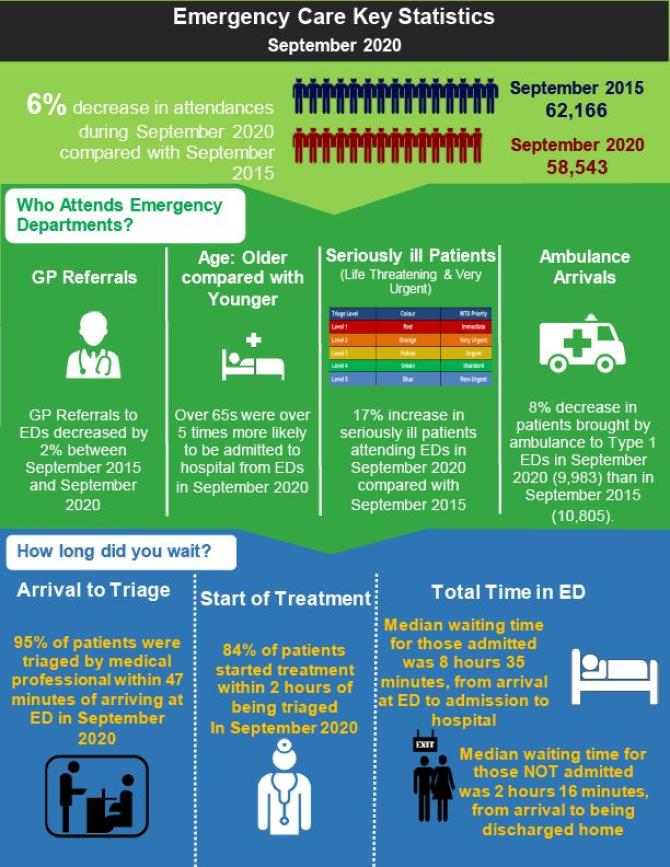 In the third quarter of last year (July-September2020) over 27,000 attended the Craigavon ED, according to the latest figures released by the Department of Health.

The statistical bulletin presents information on all new and unplanned review attendances during July, August and September 2020.

The figures revealed that Craigavon Area Hospital (962) reported the highest number of patients waiting over 12 hours during September 2020.

Of those who attended ED at Craigavon, between 14 to 17% were referred by their GPS while an average of 3% of patients left before receiving treatment.

Waiting for triage was between 5/6 minutes while time spent in the ED varied over the three month period from 8 to 13 hours.

During September 2020, 3.4% of all ED attendances left before their treatment was complete.

During September 2020, 3.2% of the 58,543 ED attendances were unplanned review attendances who had returned to the same ED within seven days of their original attendance for the same condition.

Time to start of treatment:

During September 2020, the median waiting time from triage to the start of treatment by a medical professional was 36 minutes, with 95 percent of patients receiving treatment within 3 hours 36 minutes of being triaged.

The median time patients who were discharged home (not admitted) spent in a Type 1 ED was 2 hours 43 minutes in September 2020, 11 minutes less than the time taken during the same month the previous year (2 hour 54 minutes).

The median time patients who were admitted to hospital spent in a Type 1 ED was 8 hours 45 minutes in September 2020, 1 hour 23 minutes more than the same month the previous year (7 hours 22 minutes).