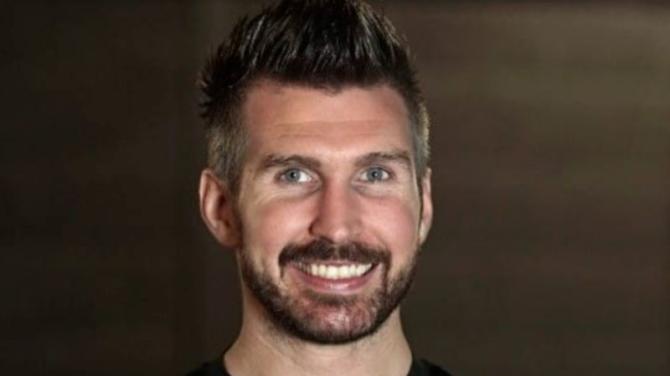 A Newry gym owner charged with breaching Covid 19 health regulations has been told to stop sending in rubbish to the courts after the district judge received a bloodstained fingerprint on the defendant’s birth certificate.

Declan Trainor (32) of Rossmara Park, Warrenpoint is charged with contravention of a requirement under the regulation of health protection of coronavirus restrictions on dates between November 27 and December 1.

The defendant previously appeared at Newry magistrates to confirm his identity, by replying: “My name is Declan…I am a man..I am a human being.”

The charges related to a PSNI operation when the police entered ‘The Gym’ Newry on the Armagh road on Friday November 27 and issued a Covid 2 prohibition notice and a Covid 5 penalty notice.

Officers then called to the premises on a number of occasions over the past few days and a number of Covid 4 penalty notices were issued to people using the services at the gym in breach of the current regulations.

A defence solicitor from KRW Law made an application to vary the amount of the bail surety for her client due to “financial hardship” of her client’s father who had put the £1k to the courts.

The solicitor also stated that her client’s Gym business was also suffering financially due to the Covid 19 pandemic lockdown.

District judge Eamonn King alluded to a document sent in by Mr Trainor.

“I am looking at something here, and I am not sure what it is,” said Mr King.

“It is some sort of birth certificate.

“It has a fingerprint on it and that fingerprint looks to be made in blood,” added the judge.

Mr King then showed the document to the solicitor, with the red coloured fingerprint at the top of what looked like a birth certificate.

“Can you tell him to stop sending in rubbish to the courts,” said Mr King.

“The reason the cash surety was previously set at that amount, is because of your client’s conduct in the court,” added the magistrate.

Defence alluded to the defendant’s presence outside the court room during the hearing.

“He is aware that his liberty is at risk if he does not comply with bail, that is why he is present today,” she explained.

Mr King stated that Mr Trainor’s attendance was not required in the courtroom before offering his best wishes to the defence.

The case was adjourned to February 17.