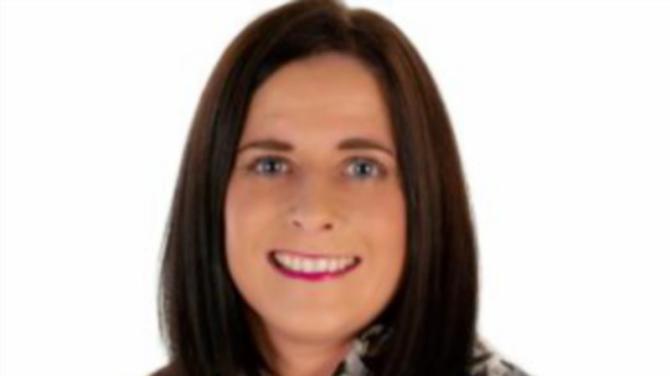 SLIEVE Gullion area Sinn Féin Councillor Oonagh Magennis has said that whilst there were complex issues relating to the issue of the status of the collapsed wall at Coole Fuels in Ballynaclosha, it was a grave matter of concern that there seemed to be no rush to resolve it.

"The concerns of myself and local residents conveyed to the Department for Infrastructure (DfI) have so far we believe been ignored, a claim which was accepted by the DfI at a recent meeting.

At the meeting the Department spokesperson acknowledged that no replies had been given to any queries sent in by myself , or by residents, because Officials were they claimed waiting for some concrete information to give on when works will recommence after the dangerous collapse of the wall last year. The lack of communication and absence of any works has caused huge frustration and anger".

"The Infrastructure Department at the recent meeting outlined the issues involved. The DfI said that they weren’t expecting the wall to collapse and it has been discovered that the anchors on the concrete panels of the original wall have become loose at the base.

The Department official stated they are limited on what machinery they can get on site due to weight restrictions, so they are working with a private firm of structural engineers on a resolution to that.

The oil tanks need a specialist team into drain them before work recommences. They are also relying on an outside demolition team to carry out work. The Department for Infrastructure are aware that there is a small amount of debris still left in the yard, but they are confident they have it well sealed off from the public".

The south Armagh Councillor said that it is hope that outstanding issues regarding Health & Safety and Insurance on the site due the unstable nature of the wall and the fact that there are oil tanks based all along the bottom of the wall would hopefully be resolved shortly.

"At the meeting I was told that there is a hope that these issues will be resolved in the next week to ten days.

A commitment has been made to keep myself and residents updated".

"This has been a very frustrating situation for the residents of Ballynaclosha Rd, with significant disruption caused due to the collapse of the wall, and the current delay in works.

I will keep pushing DfI on this and request that they keep residents and myself frequently and fully informed".